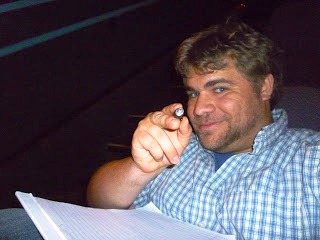 I’ve long admired Addison Cooper for the way he makes me think about adoption more expansively, as well as for his  helpful posts about adoption movies (really, if you’re considering a movie for/with your kids, check out Adoption at the Movies first).

Addison and I recently teamed up for an interview that will be published in a magazine soon  — we’ll point you there when available. In the meantime, I think more people should know Addison and the tools he brings to adoptive parenting, so I’ve asked him to treat readers to a guest post. Below he shares how to use movies to open up conversations about adoption, a technique called “dropping pebbles,” covered by Holly van Gulden and Lisa M. Bartels-Rabb in Real Parents, Real Children: Parenting the Adopted Child and introduced to me by Judy M Miller. 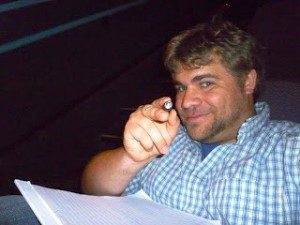 Hi! My name is Addison. I’m a social worker and therapist in the world of foster care and adoption, and I review movies for foster and adoptive families on my site, Adoption at the Movies. I started the site with the intention of helping foster and adoptive families use film to enter into important conversations about adoption, believing that the movies would be easily-accessible avenues into otherwise hard-to-start conversations.

Many films don’t directly address adoption, but still have relevance to adoption-related issues. For example, in Frozen, Elsa and Anna feel the weight of familial secrecy. In other films, adoption is present but tangential to the main story, such as in the Star Wars series. Luke Skywalker and Princess Leia were each adopted; they reunify later in life prior to Luke’s tumultuous but eventually redemptive reunion with his birth father.

In yet other films, adoption isn’t part of the main plot but it plays a huge role in the story. Despicable Me is about a super-villain changing his ways, but along the way he adopts three sisters from an orphanage. And then there are some films in which adoption is inextricable from the plot, such as The Blind Side.

Movies as Prompters of Adoption Conversations

Movies are helpful to start conversations, but like humans, they’re not blank states. When adoption is part of a film’s storyline, the film does say something about adoption, whether implicitly or explicitly.

Openness in adoption is a topic that’s particularly important to me, and that’s probably part of why I enjoy talking with Lori . I’ve written and trained on openness in adoption, and I’ve enjoyed reading Lori’s book on the same. Openness, or the pain of a closed adoption, or the desire to open a closed relationship — these are all prominent themes in several films. I thought it might be interesting to crystallize what the films below say about openness, or at least, what the each film’s presuppositions are. Some of the messages are healthy, a couple not so much — the point is you should know before you walk into the theater or queue up the movie on your screen.

Here are 10 movies and their crystallized adoption messages. Click each link for my full commentary.

2. Antwone Fisher: “Finding your birth family can help you understand yourself. The process might be painful at times and wonderful at other times, but it is important.”

3. The Big Wedding: “We keep secrets because we’re ashamed and we fear what others will think of us. But others have issues, too, and might be more understanding than we expect.”

4. Closure: “Opening relationships can provide healing and answers for everyone involved.”

6. Identity Thief: “We draw direction and identity from our history. Without history, we can feel lost.”

7. Meet the Robinsons: “Leave the past in the past, and look towards the future instead.”

8. Philomena: “Your birth parents have never forgotten you. They still miss you.”

9. Tangled: “Your birth parents have never forgotten you. But your adoptive parent might have kidnapped you.”

I often think of openness as involving either contact or the free exchange of information (or both!). Lori wrote about openness as a heartset –- the healthiest adoptive families are those who open to openness. A spirit of openness in the home can make it possible for adoptive parents and their children to talk about emotionally-heavy adoption-related issues. Films can help parents and adoptees access those conversations and can be excellent tools to create a more open atmosphere in your adoption.

What films have you seen that have reminded you or your kids (directly or indirectly) about adoption?

How have those experiences been? I invite you to share any adoption conversations that have been opened between you and your kids due to films.

Addison Cooper, LCSW, is a licensed clinical social worker and the founder of Adoption at the Movies, where he has reviewed over a hundred films for foster and adoptive families. He has also written for Adoptive Families, Foster Focus, Focus on Adoption, Fostering Families Today, The New Social Worker, and Adoption Today magazines. Addison is a supervising social worker for a foster care – adoption agency, and lives in Southern California. Find him on Facebook and on Twitter @AddisonCooper.

19 thoughts on “10 Movies & the Messages They Give About Adoption”