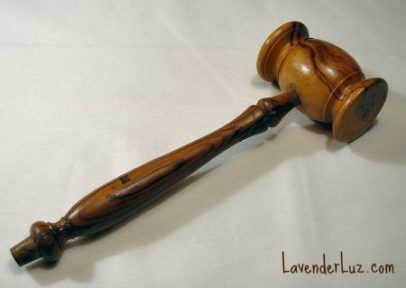 Publicity for Amy Seek’s memoir, God and Jetfire: Confessions of a Birth Mother seems to have put open adoption on trial.

Amy Seek, a landscape architect and writer living in London, gives readers an account of her unintended pregnancy 15 years ago, her selection of parents for her son, and the complex — even competing — emotions she experienced during and after placement with her son and with his adoptive parents.

Court is now in session *gaveltap*. The defense may present its case [we switch things up around here].

Defense: Your honor, we call  the first witness —  a Vogue article, adapted from God and Jetfire — titled  “One Writer on Helping to Raise Her Son in an ‘Open’ Adoption.”

Understanding that her 14 year-old son has now grown up to the point of using man-soap, Seek says,

That kind of nearness is powerful and complicated, and I can’t let anyone see me falter. I am pushing aside loss all the time I am with him.

Of course we acknowledge that there is sadness stemming from her decision years ago. But Seek speaks further of the coexistence of losses and gains for both her and her son’s mom:

We’ve both lost things that are boundless and invisible, in their way countless, but I am thinking about what it would be to lose this, my son’s family, his smile when he sees me; the things we’ve gained, too many to count.

Tis true, the Defense concedes, that open adoption brings everything, including loss, into the open. As adults come together vulnerably in this odd relationship, there will be opportunities for hurting each other — or for having profound empathy for each other and experiencing deep human connection. Seek exquisitely shares this passage regarding her son’s mom:

One afternoon we sat together on my futon and cried, knowing we were crying for own own exclusive concerns, and out of compassion for each other. We were tragically enmeshed; each the source of the others’ pain, each the threshold of the others’ future.

Seek also addresses how openness may affect the adoptee. She cites a conversation with a friend who was left at an orphanage in Milan. He tells her:

You have your son, and your son has you. Simple as that. At least you have a place to put your many questions.

We assert that the presence of grief does not mean open adoption doesn’t work.

The New Republic for the Prosecution

Judge: The court now turns to the prosecution.

Prosecutor: Your honor we offer The New Republic‘s article “Why Does Open Adoption Rarely Work?” by Kathryn Joyce, esteemed author of The Child Catchers and long-time investigator  of misguided and devastating adoption practices.

Judge: Objection sustained. The headline will be disregarded.

It’s hard to find an honest account of an open adoption that works: one where adoptive parents and birthparents have agreed that they will stay in touch and share the milestones of their child’s life, and then do so. Most of the birthmothers who have spoken with me over the years did so after planned open adoptions have failed.

Seek hadn’t foreseen the emotional landscape she found herself in after adoption. The huge amount of variation between adoptions, and the gamble of entering an unenforceable agreement, involving profoundly complex human relationships, makes it almost impossible to plan for how the aftermath of an adoption will feel.

Defense: We have witnesses, Your Honor, who will show lots of families ARE living in such open adoptions. Further, we submit as evidence a video sharing the fruits of such labors, from the mouths of open adoptees themselves.

Judge: Hey, Defense. Can you stick with the protocol? You looking for a mistrial?

2 Reasons Why I Ditched the Courtroom Approach

Obviously I couldn’t make this scenario work because:

The courtroom approach was just too divisive, the antithesis of this blog’s raison d’être.

In my next post, I share my further thoughts on how well open adoption works — or doesn’t — and wholly different approach to the debate Amy Seek’s book has prompted.

Have you read God and Jetfire? What, if anything, do you think it says about how well open adoption can work?