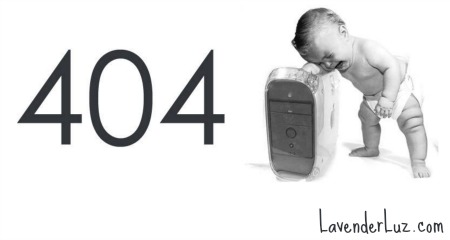 I wonder if you might consider outsourcing responses to questions you get about adoption. It’s evident from your previous misguided advice that you are sometimes out of your element adoption-wise. Let me get readers up to speed on this latest request for adoption advice.

Dear Abby: Should We Let Birth Grandparents In?

Uncertain Down South said that she and her husband met their daughter’s birth parents briefly in the hospital at the time of her birth, but the birth parents wanted no further contact. Both birth parents had issues with drug addiction, and the daughter was born with drug issues, as well.

A few years ago upon the birth father’s release from jail, the birth grandparents asked for photos of the daughter to share with him, in an effort to prompt him to make better life decisions. The adoptive parents sent a collection of photos. The birth father has since returned to jail and still seems to not want contact.

However, the birth grandparents would like to build a relationship. And the daughter, now 6, is is asking about her birth father.

The adoption agency has no advice on whether to proceed, and if so, how.

Uncertain Down South has these concerns:

Abby started by chastising Uncertain Down South: Your daughter’s birth parents made their wishes clear from the outset. You wouldn’t be in this bind if you had respected them.

She then offered a warning: Because your daughter’s birth parents are addicts, it is very important for her to understand that she may have a genetic tendency toward addiction herself.

She closed by advising that the adoptive parents kick the can down the road 12+ years: If she would like to locate her birth family when she is an adult, tell her you will help her then. But prepare her in advance so she will know what she’s in for.

What Dear Abby Needs to Know about Adoption

So first of all, kudos to Uncertain Down South for knowing that she has an issue she can’t ignore. The birth grandparents are there, knocking at the door. The daughter is there, asking questions about them. The issue does need a plan, something more immediate than “wait several years.”

Secondly, Abby’s criticism of Uncertain for not respecting birth parent wishes is unfair. Two points here: Contact isn’t just for the birth parents. Forming a conduit between the child and her biological kin can also serve the child well as she does her life’s work of gathering her pieces and building her identity. Adoption creates a split in a child between her biology and her biography, and openness (not necessarily contact) can be an effective way to heal that split.

In addition, birth parents aren’t the only ones in the biological family affected by adoption, nor are they the only ones that can provide a connection to the child’s puzzle pieces. Birth grandmother Mary Jo Bennett shared her heartfelt story of loss and acceptance when her daughter decided to place Mary Jo’s granddaughter in an open adoption.

(Uncertain does not indicate that birth grandparents are unsafe).

Thirdly, let’s address the father’s concern that providing contact with  birth family to one child would rock the boat for the rest of his children.  I get this. We really do want to treat our children fairly.

But is that always the most appropriate course? Remove the adoption charge and consider an equivalent situation: one child qualifies for an advanced math class  and the others don’t. Or one makes the team and the others don’t . How to approach such an imbalance of natural gifts?

Parents in such a situation might aim to meet each child where they are. They probably wouldn’t aim for absolute fairness — reducing the opportunity available to one in order to make things equal for the others. Keeping the mathy kid out of advanced math class just doesn’t seem right, does it? Declining the chance to be on the team on account of fairness doesn’t seem right, does it?

Parents facing this challenge would probably help each child understand, gently and age appropriately, why things are the way they are, and would abide with them if and when they feel sadness. We can’t protect them from all sadness — nor should we — but we CAN help them develop resilience as they process sadness and disappointment.

Finally, Uncertain asks two questions. Will her daughter one day be upset for keeping birth grandparents away? There is a real risk of this, based on what adult adoptees say about  being kept from their truth and from loving connections, out of misguided efforts to protect.

And, Uncertain asks, won’t this be messy? Almost certainly it will. Parenting in general isn’t for the faint of heart, and adoptive parenting requires that parents be willing and prepared to deal with even more issues and more complexities.

That’s dealing with What Is, Abby. That’s openness. And openness (which is not the same as contact) can power the GPS that guides adoptive parents through the mess, whether or not there is contact with birth parents.

28 thoughts on “More Mucked Up Adoption Advice from Dear Abby”