I’m reading Joan Didion’s The Year of Magical Thinking, which chronicles the period after the sudden death of the author’s husband’s and the concurrent illness of her adult daughter.

On the back cover is an intriguing photo, one with such interesting composition and mystery that I’ve found myself staring into it on occasion. It was taken in Malibu in 1976. I play the guessing game with myself.

I think on their names. John Dunne and Joan Didion — Irish, perhaps? Quintana Roo, their daughter. Must have a connection to Mexico — hopefully it will be explained in the book. She looks to be about my age that year.

I study their faces. Yup, Quintana looks like the perfect combination of John’s facial structure and Joan’s self-assured sassy. She looks as though she’d like the photographer to leave already, and let her get back to the conversation she was having with her parents. 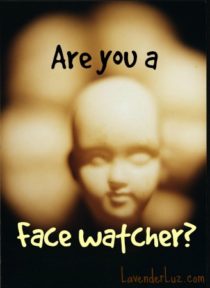 I read for several nights. I find out, as part of a casual mention, that Quintana was adopted. On page 118: “…John and I had brought Quintana home from St John’s Hospital. She was three days old.” Not much of a clue until two pages later: “We took Quintana there on the day of her adoption, when she was not quite seven months old.” (No other mention so far, so I am still guessing at the story and filling in with what I can intuit.)

I study the photo again with this new information. I look at the faces to re-verify their connections.

I do this face-study thing often, and I wonder if I do it more often than others. I look for genetic clues in faces to see if families are biological or adoptive. I look for similarities in chins, matching mouths, equal smiles, companion expressions, between children and parents and among children.

I wonder if, on this playground or at that school function, there are other families like us — connected by biography rather than biology.

Do you? Study faces?