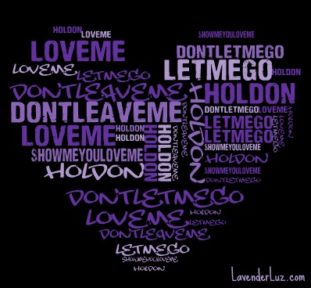 Anne Heffron, author of the newly-released must-read memoir You Don’t Look Adopted, kicks of this year’s #flipthescript series, in which adoptees take over the microphone.

So Why Was I Crying?

I was part of a private page on Facebook for people involved in adoptees’ searching for their biological roots. The group had over 25,000 members, and when I shared the letter my uncle had written to me about my impending visit, saying he and his wife and children were counting down the days until my arrival, that they wanted to know what I liked for breakfast, whether I liked milk or soy milk, whether I had particular foods I liked to have on hand during the day, within seven hours, I had over 800 “likes” on my post. Adoptees, it seems, like stories of welcome. Then why was I crying?

If my uncle found out I had posted his letter, even if I took out any identifying information, which I did, this whole game of them being my new family could come to an abrupt end. He’d asked me to keep our correspondence, including family pictures he’d sent me, private since his brother, my father—my birth father I mean—wasn’t to have contact with me on orders of his wife who had decreed me “not family” when I showed up in his email box, DNA results in hand. I have already betrayed my uncle, before even meeting face to face, and this makes me a bad adoptee. This makes me not worth the trouble of getting to know (yes, this is all in my head). This makes me disposable.

Why then did I post the letter? Because it was mine. Because I wanted to show other adoptees that miracles can happen: that a family you thought you would never find—blood relatives! —would actually buy you a ticket to fly over mountains and deserts so you could meet them. I posted it because when there is a candle, I have a habit of running my finger through the flame. I just want to get it over with: I know I’m going to end up getting burned and I hate the wait. I did it because I wanted to get the loss over with. Someday I would do something wrong, anyway, and they would decide I wasn’t really family after all, so I might as well get it over with from the start. This thinking, of course, wasn’t entirely conscious, but if I slow way down and look at my motives, I can see it. I want them to reject me before it’s too late, before I fall in love and need them. Which, if I’m really, really, honest, perhaps I already have. Even from this distance. We resemble each other, after all. We have the same eyes as a family, the same square shoulders.

Loving an adoptee, from an adoptee’s standpoint, is harder than loving a person who wasn’t adopted. (Yes, I went to write “normal” but bounced around the word yet again and steered toward “a person who wasn’t adopted”.) Who else would push so hard? Who else would tempt rejection with quite so much vigor? I might as well wear a T-shirt that says, Go, ahead, make my day: reject me. I break up with boyfriends, husbands, jobs, cable services because I want them, more than anything, to fight back and claim me. I also want to reject them before they reject me. In my last apartment, I gave notice four times because I was so sure they were going to decide it was time to get a new tenant. Finally, I settled down and stopped giving notice, sort of trusting they were happy with me after they cooked me dinner and gave me notes of love and appreciation.

As I fly off to meet my new family, I want my old family to hold tightly to my hand. I know that coming from a person who is wild for independence, this seems like a crazy statement, and it is, but it is also true. I want both freedom and hold. I want to know my family cares about me, that I matter, that I am one of them, even when I say I came from someplace else, even when I seem to want to fly away. I want them to hold on to me for dear life. I want them to fall to the floor in the fight of keeping me close, and I want them to keep holding on even when I scream and bite for freedom.

But I am so afraid.

I have already lost so much. She was all I knew, and then she just disappeared.

4 thoughts on “#flipthescript 7: Hold On”