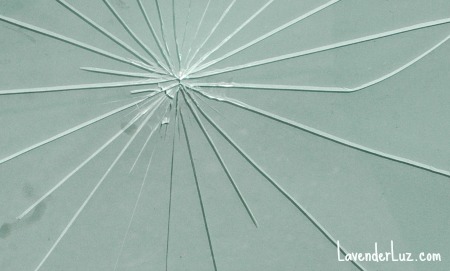 Lenore Paletta found out she was born Giuseppina Morellato in Italy. With aching candor, she shares a portion of her search for her identity.

When I Think of Searching

I guessed my birth mother’s first name. Yes, I really did. I was sitting in the social worker’s office just weeks after meeting her at the first ever held in Pittsburgh adoption triad conference.  I met the social worker after asking the private detective they had hired to speak on ways to search for your birth family. I timidly raise my hand and asked, “What about someone who wasn’t adopted from the United States?”

He draws a blank. Some women in the row in front of me are talking among themselves and one of them says, “Well what agency did you come through?”

“Oh I’m from Catholic Charities”, one of them says, “Why don’t you give me a call?”

I have no clue about this adoption stuff; sealed records, closed adoptions, open adoptions, none of it means anything to me; I am completely naive. I just never allow myself to go in this direction. Something in my brain always says, “Stop, she’s too far away, you’ll never find her!” 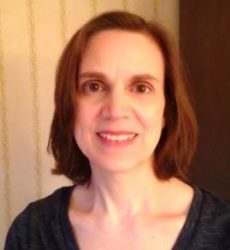 Want to know when I think of searching? Right before I am about to step into the shower; maybe once a year I’ll catch a glimpse of myself in the mirror, before getting in the shower and think, where does my body come from?

It’s fall of 1994 and I’m closer to pulling the trigger on my search. Before the fear and improbability of it all sets in, I push forward.

So I’m sitting in this social worker’s office and I had to take a day off work. I’m a temporary counselor, so taking a day is a big thing. Despite working there a year, I don’t get any vacation or personal days and I am losing money just sitting there. My husband took the day off with me too, for moral support. I’m anxious and a little annoyed to tell the truth. I’m usually pretty good at keeping emotions close to the vest; always choosing to put on a happy face so as not to upset anyone.

Her office is not very comfortable. Her framed degree is hanging on the wall behind her and its shattered, the glass is shattered. That’s strange. Is this really her office? Who keeps a screwed up degree hanging on their wall? I look out the window and it’s one of those early fall days where it’s slightly warm and cloudy; humid, but not hot, it sort of feels like there is no temperature, just gloom.  The street outside the window is very steep and it makes the room feel very unstable, like I’m sitting on something that could collapse at any moment. 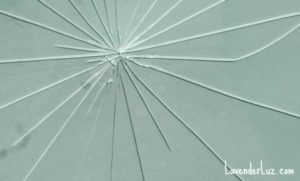 I can’t relax, so I’m sitting on the edge of my seat. She is holding a file and in that file is my life; my mother’s name, but I’m not allowed to know it, because it’s sealed for 99 years. Maybe I’ll live to be 99 and beat the system, and be able to say “I never needed your help anyway. I got my records myself.”

Really though, I’m just a sniveling little girl who has to prostitute herself to this social worker, with a bashed in masters degree, in a building on a steep, unstable hill.

The Urge to Punch

A few weeks prior, I had received my non-identifying information. It said my birth mother had long blond wavy hair and green eyes. She had five other children. What?? No, this can’t be, I made up this little story in my head that she was a lonely single mother and was pregnant with me, the love of her life, and had to give me away.

Turns out she barely raised any of the five others, because she was in such an abusive relationship. I was the product of an affair with her husband’s friend, a brown haired, brown eyed bricklayer Whoops, that had nightmare written all over it from the start, so I had to go.

She had tried to keep me; this gives me some comfort, but I had constant digestive issues and was always sick. I clung to this information like it was a life raft. I made photocopy after photocopy of the page in case there was a fire or flood or tornado in my house and I would somehow lose it never to be found again and ruin a chance for a reunion with her.

“I can’t tell you her name, because it’s illegal,” says Miss Social Worker.  Now that strikes me as funny as hell, but back then, I was crestfallen. You mean I drove all this way, took an unpaid day off of work, not to mention I was high-fiving everyone in the office about this meeting, only to have to say I got nothing? What will people think? I’m such a loser, is what they’ll think. I mean they already know my birth mother was sleazy, so this is really going to cloud the situation and I’ll be guilty by association.  I’ll never get a full-time job there with a shady background like mine.

“Do you think you could guess her name?” asks the social worker. Wow, I never wanted to punch someone more than I wanted to punch her right then.  Aren’t social workers supposed to be helpful and kind? She wasn’t going to win any award in that regard and if she did she’d probably drop it and crack it. Well, at least then, she’d have a matching one to hang next to her degree.

I figured what the hell, is this like some sort of game show? Do I get three chances, and I get a prize for participation? Maybe I already received my prize; a lifetime of pain and guilt for even existing. So I give it a go. “Well,” she says, “I’ll help a little, she has two first names.”

“Oh my God that’s her name exactly” she says! How I guessed that I’ll never know but there it is. Now get me the hell out of here.

Lenore Paletta was born in Italy and adopted during the time when adoption was closed. She lives in Pittsburgh, Pennsylvania with her husband, two sons and various pets. Despite a valiant effort, her birth mother was unable to keep her due to poverty and family pressure.

7 thoughts on “#flipthescript 10: I Guessed My Birth Mother’s First Name”