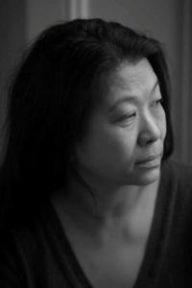 See my last two #flipthescript posts for background on the phenomenon of the groundswell of adoptee voices emerging above the din during  National Adoption Awareness Month. 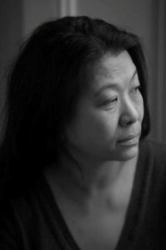 Though Lucy speaks as a transracial adoptee, her experiences may be applicable, as well, to any transfamilied adoptee (which accounts for a vast majority of adoptees).

What does Adoption Week in the UK mean to me, a transracial adoptee? Frankly, until this year, very little. For starters it’s just a week – wow, an entire week, we really pushed the boat out on this one didn’t we (read with a hint of sarcasm).

Across the pond our US cousins devote an entire month. “Ah, well,” I hear you say, “the US is a bigger country so it’s only natural they would devote more time.”

As an adoptee I’ve always felt (until this year) that I was being asked to join and celebrate a series of decisions and an extreme intervention that culturally, linguistically and racially displaced me. An act that stripped me of my true identity, that imprisoned me into a society and culture that made it abundantly clear they were not interested me or people who looked like me. The decisions surrounding my transracial adoption have had a life-long effect. The true legacy of adoption is the gift that keeps on giving. Its bequest goes far beyond the initial court orders. It is not something that can be camouflaged (for long). And it is not something that many in society want to hear about.

#flipthescript – that’s what has changed. The positive power of social media has taken hold, empowered, connected and united adoptees the world over to stand up and have their say.

After all who is most qualified to talk of the experience of adoption?
An academic, a theorist, a psychologist, a therapist, a childcare expert, a social worker?

Or would it make more common sense to tap into the knowledge, experience and unique insight that an adult adoptee has?

For me it’s a no-brainer, but here in the UK, unless you’re a trained social worker it’s very difficult to get onto such platforms or into the institutions and organisations that would benefit from hearing directly from the horse’s mouth. Of course there are always ways of getting around such administrative stumbling blocks and dead ends, but then the will has to be there, doesn’t it? Said institutions, organisations and not-for-profits have to value the words and experience of the adult adoptee. In my humble opinion not  enough organisations even think about the adoptee beyond the childhood years. Then there are those adoptees for whom, I think the pain and trauma of actually accepting and taking on board what adoption truly means instead  “wage war” with the adoptees who speak out.

So this year seeing the hashtag #flipthescript on twitter, facebook, google+, attached to videos, pictures and blogs was uplifting. I leave you with the film that Bryan Tucker made for the book Dear Wonderful You . . .

Each and every one of the authors is testament that as adoptees, they #flipthescript each day, every time they write, they speak, they breathe.

Lucy Sheen contributed a chapter to the first volume of Adoption Therapy. I highly recommend this book to adoptive parents, psychotherapists, and adoption professionals (and I wrote the foreword to it).

2 thoughts on “#flipthescript 3: Who is Most Qualified to Talk about the Experience of Adoption?”