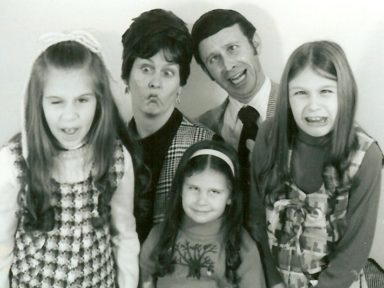 9. We both repeat things ad nauseum just to annoy our kids.

8. We both know that repeating things ad nauseum to kids annoys them now but they’ll thank us for these words of wisdom someday.

7. We are both authors. His is an economics and political book called The Total Power of One in America and mine is a parenting book called The Open-Hearted Way to Open Adoption. 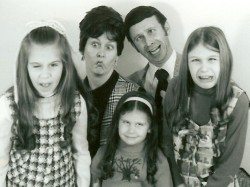 6. We are both obsessive-compulsive about keeping things new. I have been known to keep the protective film over the screen of a new smart phone for weeks after I begin using it, until it falls off by itself. I can’t bring myself to expose my new treasure to all the dirt and grime that’s just waiting to adhere.

5. We both love my mom and are grateful she is such a patient soul.

4. We are both musical. We play piano. He plays the guitar and tuba and I play the flute. We love to sing, sometimes embarrassingly loudly (well, him. Oh, and me, as I have confessed). Family lore has a story in which during communion one morning at church, Dad was indulging in the line:

But legend says he confused the two body parts and instead belted out:

My sisters and I have never let this go.

3. We both hate waste. We’ll get every last drop out of that salad dressing bottle, even if it takes forever and tastes as watered-down as we’ve made it.

2. We are both comfortable speaking to large groups about what we are passionate about.

1. Did you see our expressions?

20 thoughts on “Top 9 reasons: I’m my father’s daughter because…”