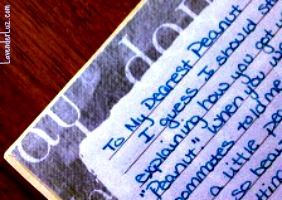 In part one, I told how my still-and-deep-water son was churning some adoption stuff, and how he trusted me to do it with him. I am honored.

“No One Wants To Give Away Their Baby”

Reed and I were running errands the next day. Tessa stayed home with Daddy to build the first fire of the season. Brrrr….it had gotten chilly!

Bedtime and car time are conducive to touchy subject talk because of the non-confrontational positioning. In the car Reed and I were not face to face, and I knew it was a good time to try to get back into the emotional space we’d been in the night before.

“So remember last night? We were talking about the moment when you became our son. You seemed sad. Do you want to talk about that?”

“I dunno. It’s just that I was sad for Michele. No one wants to give away their baby.”

“That’s so right. It was very hard for Michele to do that. But what about you? What do you suppose that moment felt like for you?” 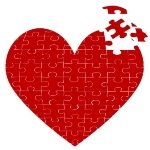 Now some would be content to leave this stone unturned, that not everything has to be dealt with. But my view is that what lies dormant affects us unconsciously. And what is brought to the surface can be felt, examined, and released. My hope is that if my son can become aware of his emotions and motivations at age 8, maybe they won’t get buried over the decades and erupt for him massively later in life. I want to give my children a head start on living mindfully, consciously.

These lofty goals don’t mean, however, that he was ready to feel the emotions from the moment when he was placed in my arms, from his birth mother’s.

“I think I had a poopy diaper and I wanted it changed,” he laughed a jittery laugh.

“You’re silly,” I said and laughed with him, giving him space and not filling the silence that followed.

“You know,” I resumed, “that moment when I became your mom was such a strange time. Everyone in the room was feeling something very intensely. For Michele, it was one of the saddest and hardest days of her life. For Daddy and Tessa and me, it was one of the happiest. Isn’t that strange?”

“Yeah. I’m sad for Michele. No one wants to give away their baby.” He repeated this, trying on his first mom’s feelings.

“That’s so very true. Especially a baby as wonderful as you, Reed.”

“Would You Adopt Another Baby?”

“Mom, do her children ever ask about me?” Reed has a younger brother and sister who visited us last year.

“I would imagine they ask about you, or they will when they are old enough to understand.”

“But what if they don’t know about me? What if she doesn’t tell them?”

“I’m sure she’s not hiding you. After all, they’ve been to our house once and hopefully they’ll come again. I think she’s very proud of the young man you’re becoming. She keeps up with you on my Facebook page, you know.”

“Mom. Would you adopt another baby?”

“We don’t have plans to do that. Is that something you’d like?”

“Yeah,” he said, thinking. “I want to know what it felt like for Tessa when I joined the family. And what it’s going to feel like for Dominic [his cousin] when Aunt Tami’s baby is born.”

I suspect this is also because he has missed out on the big brother experience with Michele’s two parented children and AJ’s new baby daughter.

“I’m not sure that’s likely to happen. You’ll get to be the big cousin to Tami’s baby.”

“NOT cousin. I want to be the big brother to a baby.”

We had arrived at our destination.

Which was not an adoption agency.

Later that night I pulled down a small item from the very top of Reed’s bookshelf. It was a brilliant little present to me, to us, from myself of 2003.

Right before I had headed to the Entrustment Ceremony to meet and bring home our son, I had the flash of insight to bring a spiral notebook/journal I’d had lying around. I asked Michele after the ceremony to write a page or so to Reed, to tell her what was in her heart for him that day, what her hopes were for him.

I, too, put my thoughts down in that notebook frequently in those early days, and I recruited Roger, my parents, Grandma Lisa, and everyone who attended his first several birthday parties (we used to do it up big with all our friends — our once a year bash) to write words of love to my son. There are now a couple of dozen pages of people just loving on Reed over the years, until about 2006, when we moved and the book got put away.

At bedtime, Reed was able to read the time-capsule message from his birth mom. He slept with that notebook that night.

Soon I’ll add some reflective thought to these two conversations. You are invited to come back for the final part of this series.

26 thoughts on “Processing His Adoptedness: Conversation with My Son, Pt 2”