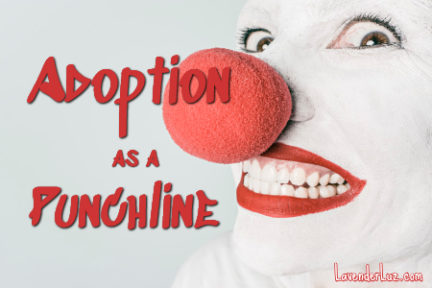 I had to decide in an instant what to do about an exchange I witnessed on a lunch break at school.

A parent at my school was performing volunteer duties. I watched as her son, one of my high school students,  passed by her near the main office.

“You’re adopted,” he said to her affectionately.

“No, YOU’re adopted.” she volleyed back. Obviously this was not the first time they have said these connection-building words to each other.

END_OF_DOCUMENT_TOKEN_TO_BE_REPLACED 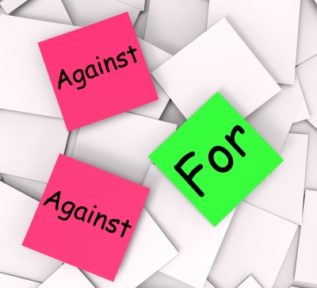 Two weeks ago I asked what you thought about the term “tummy mummy.” Boy, did you have a lot to say.

Among the nearly 300 respondents, who chimed in?

(These just happens to add up to 100%. That’s plain old coincidence because people could choose more than one option.)

It was pointed out that I neglected to offer a category for first family members. I wish I’d thought to.

Clearly, the poll results are going to be skewed by the views of adoptive parents — to be expected based on who reads this blog — since there are at least 6 times more of them than of any other group. And you might expect that with such an Adoptive-Parent-heavy sample, the results would lean positive toward use of the term “Tummy Mummy.”

You would be incorrect.

So what did people think of the term?

A Digest of Commentary on the term Tummy Mummy

Below are remarks of note either via the survey tool or in the post’s comment section (this is not a representative sample; these are merely tidbits I found interesting):

Respondents in an unspecified position said:

Bottom line: What I got out of this exercise is that while it is about intentions of and respect for the individuals involved (think local, speak local), the child/teen/adult at the center is the ultimate judge. I expressed it this way in my response to the last adoptee point above:

* These thoughts on titles makes me realize that for all the energy we put into arguing them, the adoptee eventually decides what works for him/her.

What’s your takeaway from these results? Is there anything surprising to you? 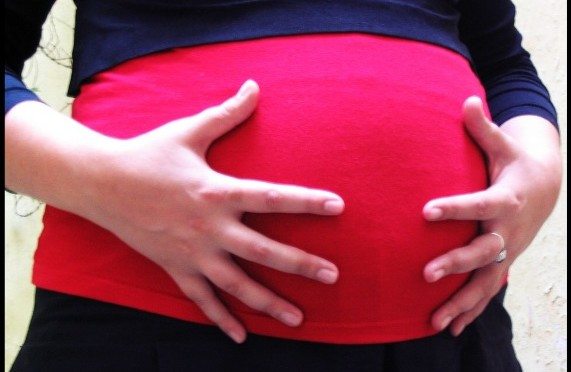 On a recent open adoption advice post, the term “tummy mummy” came up in the comments section.

I admit, there was a day when I would have embraced that phrase as a term of endearment for the then-unknown women who would make me a mom. And I will also say that neither of those women would oppose the use of the term.

But since that day, I have immersed myself in Adoption Culture. Or at least I’ve tried to learn as much about Adoption Culture as a single person can (seeing as how it’s a huge an amorphous thing that a person can pursue but not ever attain). I’ve learned that some don’t like the term — either because it is anatomically inaccurate or it is reductive of the first mom. And I’ve also learned that some adore the term.

This short poll asks your opinion on the term, as well as your position in the adoption constellation (if you have one). Unfortunately, the rudimentary tool I’m using  is not capable of determining if there is a correlation between the two.

Please take a moment to chime in, and share this post with your adoption-related communities and friends so we get a decent-sized sample.  If you have strong thoughts about “tummy mummy,” please explain in the comment section of this post. This way your opinions will remain available here no matter what happens to the poll site.

As always, please be respectful of others’ opinions, viewpoints and reasoning as you state your own.