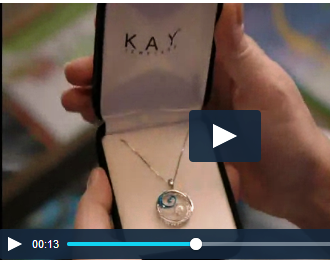 Want a peek under my hood? I thought I’d dig into my stats and reveal my top ten posts of the past 10 years.

In celebration and before we get to the countdown, here’s an earworm for the occasion.

END_OF_DOCUMENT_TOKEN_TO_BE_REPLACED 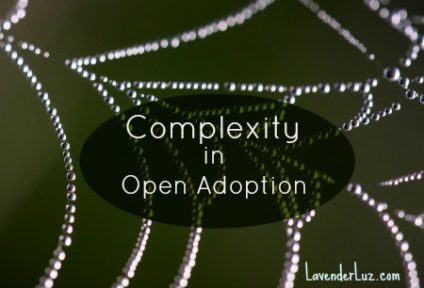 Question: My teenage daughter is struggling with rejection and misunderstandings from her birth family. I don’t know how to help.

“Sara” will be 16 soon and for the last year she has struggled with depression and anxiety.  She spent a week in the hospital after having a breakdown.  We are in DBT (Dialectical Behavior Therapy) together and she’s made great strides, working hard to learn new ways to deal with big emotions.

We have an open adoption with her birth family.  Her birth mother, “Tara,” chose us to be her parents and we kept in touch with her the first 3 years by phone and letters.  We told Tara we were open to whatever she felt comfortable with. When Sara was 3, Tara came to meet her.  The beginning of this relationship was hard, because there really are no rules and we did not know anyone else in the same situation. So we all opened ourselves up to each other the best way we could.

Over time, we got to know the whole family, including Sara’s older brother, “Jacob,” who is 2 years older, and who has a different birth father.

When Sara was 7, Tara told us she was pregnant with twins and that she’d parent them (they all live with her father).  We struggled to find a way to share this news with Sara.  My husband and I thought that the way we reacted to the news would be the way Sara would react.  We told her that she was going to be a big sister, and they were twins! She was very excited and couldn’t wait to meet her new siblings. We all knew that there could be problems for Sara later on, maybe that she would struggle with them all being a family with her the only one not raised by Tara.

We have developed a close relationship, seeing Tara and the three children fairly often, sharing holidays and birthdays.  We have taken Jacob on trips with us (the twins were too young), including camping.  There were always some issues between Sara and Jacob, because they did not grow up in the same household, but we weathered those times, knowing that siblings  sometimes don’t get along.  But they always had a lot of fun and so did we.

Credit: derived from “Dew on Water” by photophilde [CC-BY-2.0]

Fast forward to today. Sara is struggling.  She tried to share some of her issues with depression with Jacob, now almost 18.  Though they’ve been pretty close for a long time, it seems he doesn’t understand her issues and thinks she’s being a big baby. They have blocked each other on social media and are not speaking any more.  If they DO speak, it’s in anger.

END_OF_DOCUMENT_TOKEN_TO_BE_REPLACED 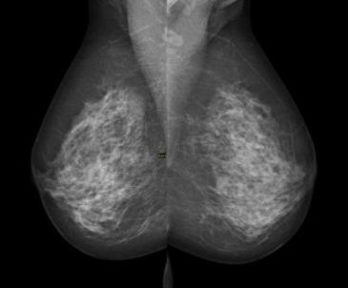 Many years ago I had a health scare. A routine exam turned into, “go to a specialist to get this checked out.” Many phone calls and appointments were made and  many big scary words were uttered.

Between the onset of this foray and its resolution, I became a raving lunatic. I didn’t do well with living in suspension and fear. My greater fear is of the diagnostic procedures rather than the verdict, only because I can’t seem to get past the fear of procedures, not because I have no fear of the verdict.

During this time my new husband was patient with me as I pitbulled on my plight. After weeks of my hand-wringing and histrionics, he finally said in exasperation, “I can’t deal with all this drama! You’ve got to find a way to calm yourself down!”

Instead of taking it as a rebuke, I chose to take it as one of those interventions that only a loved one can offer. I chose to believe that he wanted me grow up and, not exactly to be a better person, but become a better version of myself. Was I up to reaching for that?

The needle aspiration revealed nothing alarming and all was well.

Years later we relived a similar scenario. Though I didn’t score quite so high on the histrionics scale, I would say I was still past yellow, well into orange. I told dozens of people — family and close friends. And maybe the occasional dry cleaner or barista. It was important to me that everyone was thinking of me, rooting for me. At the time I had a strong victim mentality and thrived on such attention.

After a few weeks, this near-crisis resolved through a core needle biopsy that revealed no malignancy.

A few years after that, again I got to spend an entire summer chasing down knowledge of my own health as I visited doctors, specialists, radiology departments, and finally the surgeon who performed a two-part stereotactic biopsy. This time I had small children. I was a still a wreck, but I was able to keep more of the anxiety inside.

It was not only the diagnostic procedure that was causing me angst. It was also the scary thought of going through treatments while parenting and the even scarier thought of leaving my kids behind as one possible ending of this story arc. Though I kept the outer drama down for my kids’ sake, inside I was churning churning churning.

My coping mechanism this time was to make deals.

Benign WAS the word the surgeon delivered and I was flooded with relief. I can’t actually remember any of the deals I made so I don’t know if I fulfilled them.

Just this spring, I found out I needed a follow up mammogram, possibly with an ultrasound.

I’ve been through a lot since that last time. I’ve moved fully into the role of Mom, which caused me to grow up and stop being the child (not to say that people who don’t mother don’t grow up; just that it made a difference for me). Now I am the one calming others down, helping them face and release their fears. Plus, I’ve discovered yoga and meditation, and I’ve practiced for thousands of hours of bringing my mind back to the present moment, a moment in which all is well.

So when I got the news I’d need more tests, I was annoyed that I’d have to add phone calls and appointments to my ToDo list — but I didn’t feel  debilitating fear.  I knew I was healthy (well, I was pretty sure). I know my body; I live here.

And I wasn’t crazy about the hefty price tag for additional testing — several hundred dollars, funds that already had a line of claims on it. I saw this as money I’d have to pay to have someone outside me tell me what I already knew — that I was OK.

But  I wasn’t fearful.

Should I spend the time and money for certainty? I had to decide.

Without the fear, this time I had no need to tell everyone. Instead, I wanted to make a private decision. I knew what virtually every other person would tell me to do, implore me to do. But the decision needed to come from inside me, not outside me.

Without the fear, this time the specter of treatment and beyond did not overshadow my days. In fact, I rarely thought of it for several weeks.

Eventually I made a a decision with my wise mind, not just my emotional mind (to use DBT terms). Last week, I got squished again.

The waits  from check-in to radiology and from dressing gown to actual squishes were not too long. Neither was the wait to have the images read.

Without the fear, during these waits I did not make deals. I stayed present. I breathed. I didn’t anticipate all the possible futures I could be facing in mere moments when the verdict would be in. I remained drama-less. I remained alone and calm, knowing I’d have the resources to face whatever I’d need to.

“All right, Lori,” said the very kind squisher after about 15 minutes. “You’re all set. It’s just extra tissue. Go ahead and get dressed and I’ll show you out.”

I texted “all clear” to the few people I’d told on my way to the appointment. None of my loved ones were in suspense for very long, except for my husband.

When I told him the news, I flashed back to our first time at this rodeo and was astonished at how different I have become — thanks to him, thanks to becoming a mom, thanks to the passage of time, thanks to my own efforts.

No matter what the results might have ended up being, I can attest that the process is a lot more manageable without the fear.