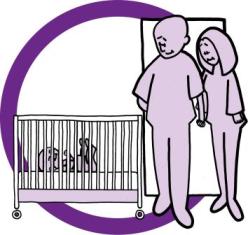 This article, from Pampers’ Absolute Beginner series, is geared specifically for people who come to parenthood via adoption.

In this handy pdf you’ll find answers to common questions like:

What do you wish you’d known in the early days of your adoption? What advice would you give to someone just starting out on the adoption road?

Just a few items before the weekend begins.

This is my day at the 3SIX5 project. It’s kind of a year-long diary of humanity, in which one writer from around the globe is responsible for one day’s entry. 365 days, as told by 365 different people, according to the project’s creators. My post’s title, if the 3SIX5 had titles instead of simply the date, would be Spring Training.

I see that the fabulous JJ has the post after mine, so watch for that later this evening.

Aside: there are still spots left for 2012, should you wish to be part of the 3SIX5.

I’m very excited to announce that I’ll be speaking at BlogHer12 in New York City. I’ll be on a panel with Kathy, Kristin and Mel (as moderator). Our panel’s title is My Blog No Longer Fits Me! and we’ll be talking about what you can do when the issue your blog was originally about somehow gets resolved.

People often begin a blog around a problem that needs solving (and will eventually find resolution, one way or another) and to connect with others in the trenches. Maybe you started a blog about infertility and you’ve since become a parent or decided to live child-free. Maybe you were dealing with cancer and you’re now in remission. Maybe you blogged around unemployment and now you’ve found a decent job.  Maybe you blogged about your weight-loss efforts and now you’ve accomplished your goals.

What now? How does your blog change with you, and what does this do to your circle of friends?

We hope you’ll join us either at the conference on August 4 or via liveblogging or video at a later date. We are open to your thoughts, so let us know what you would like to get out of this session.

There are just a few hours left to vote in Round 2 of the Limerick Chick contest. The winner of this flight will compete with Keiko for the championship, and that poll will open on Monday. The winner will be announced on — what else? — St Patrick’s Day!

My aims for the weekend are high. (1) No emergency medical personnel, and (2) No fire trucks. (reference) 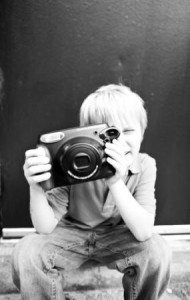 For more family portraits and my guest post, see mbgpics.com