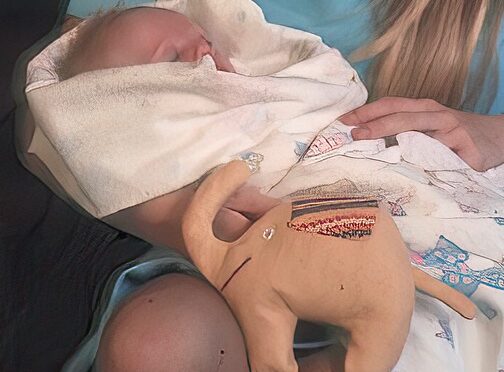 I’m so grateful to the adoptees who participated in Adoptee Month in November. Canadian Mike Milton, a longtime commenter and friend here, read the entries and offered his own essay as a birth father (Mike is also a late discovery adoptee, but that’s a story for another day.)

This month I’m pleased to share with you Mike’s experience of becoming a birth father, The Plan he and his son’s mom devised, what it all cost him, and what came back around.

Cut from the Same Cloth

I am a birth father. It was 1971, and we had named our son James. I remember him as sweet baby James after the James Taylor song from that same fall. We had a photo taken with him at a foster home the last time we saw him, with the only toy he had while still James.

His mother made most of her own clothes, had made her maternity clothes, and had repurposed the fabric to make the elephant doll for James. It was in the back of her mind that she might identify it later, if she should ever see it again. That was certainly my thought, as well.

END_OF_DOCUMENT_TOKEN_TO_BE_REPLACED 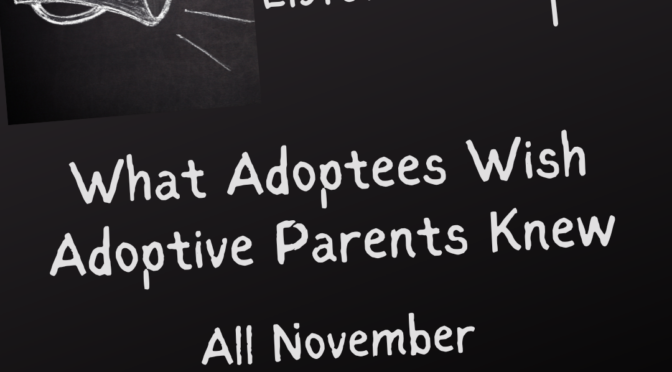 You’ve made it through Adoptee Month at LavenderLuz.com! Thanks for reading these 8 amazing essays.

In honor of National Adoption Awareness Month, we spent November reading a variety of adoptee voices here. All essayists have responded to this prompt: what I wish adoptive parents knew about parenting an adoptee.