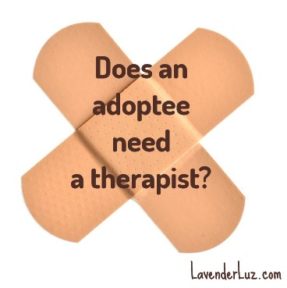 As we begin a fresh new year full of promise and hope, let’s take a look at the Top 5 posts on this blog from the year that just ended, 2018.

What IS open adoption anyway? To invoke Inigo Montoya, it may not mean what you think it means.

END_OF_DOCUMENT_TOKEN_TO_BE_REPLACED

Question: Some kids in my adoption community have history,  sometimes unhappy, harsh, and/or abusive history before they joined their families. The kids sometimes talk about their history with their adoptive mothers who attend a support group I host.

Is that enough? Or is it better that these children work with a therapist? If these children talk at a young age and their mothers comfort them, will their teen year be better? Or will they still have tough teenage years?

END_OF_DOCUMENT_TOKEN_TO_BE_REPLACED

Maybe you’ve already heard about it. People involved in adoption are buzzing about it. It’s a new app called Adoptly, billed as “a better way to adopt.”

It’s already been dubbed The Tinder of Adoption, and as you can imagine, that has not gone over well in online adoption communities (at least not in the ones that I frequent). Swiping for children? Many have a gut response — even a gag response — to that idea. But why? I was curious within myself.

Adoptly is news now because it launched a Kickstarter campaign, including an explanatory video, to bring its app to market. At the time of writing, it has raised about 3% of its target goal of $150,000.

I try to remain open to something unfamiliar, to suspend judgment about it until I’ve had a chance to research it, sit with it, and examine at it from lots of angles. Regarding this adoption app, I did so with my friend Anne Heffron, an adoptee and fellow explorer.