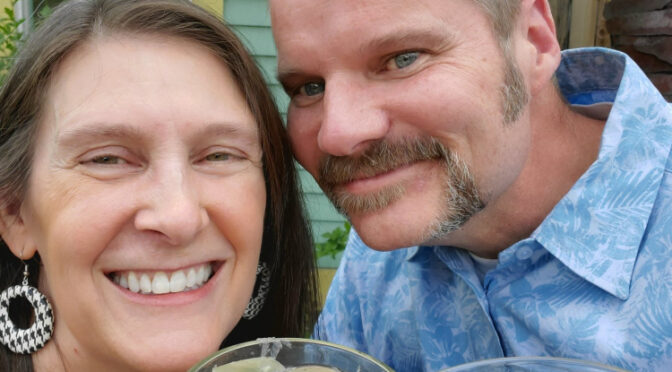 My husband and I went out for dinner this week. We wore masks until seated and were delighted to find that our chosen restaurant, Cuba Cuba, had set up tables on its front lawn. We got there early enough to have lots of personal space in the great outdoors.

You’d think I’d go with the restaurant’s signature mojito, being it’s a Cuban drink and we were in a Cuban restaurant. But I can make mojitos at home (mint! I have mint!). Instead, we allowed some geographical mixing-it-up and toasted each other with Brazilian caipirinhas. (Sure, I could make those at home, too, but cachaça is harder to find than rum.)

When I was younger, I looked at older couples and wondered how could anyone be in in love with an old person? I mean, wrinkles and sags and bifocals and gray hairs and less hair where you want it and more where you don’t. All that general decrepitude? Not appealing, my 30-something self declared.

END_OF_DOCUMENT_TOKEN_TO_BE_REPLACED 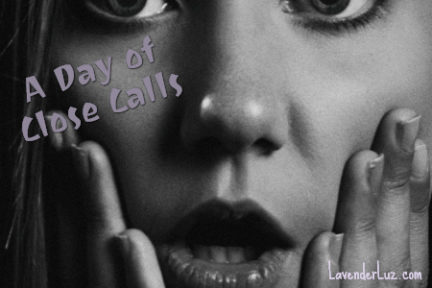 Yesterday was a day of near misses. Or, perhaps more aptly termed, “near hits.”

For lunch I took a bite of my leftovers and discovered that the chicken from the night before hadn’t been fully cooked.

Unfortunately, I noticed this right after I swallowed. I did try to get rid of the offending morsel but was unsuccessful.

END_OF_DOCUMENT_TOKEN_TO_BE_REPLACED 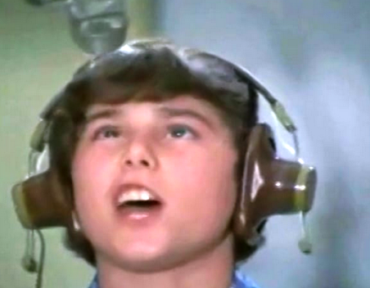 I’ve saved voice messages from my son over the last several years. I wasn’t conscious why I’ve done so — space on my phone is limited so why keep mundane messages like “can I have a sleepover” when they are a dime a dozen?

I also saved a few voice messages from my daughter, but the urgency to do so was not as strong as it was with my son.

This is the Summer of the Voice Change

Now it makes sense why I felt compelled to save my son’s pre-pubescent voice digitally. His little boy voice is gone to me now, except for in these few recordings I hung on to.

There are fewer than three months between these two clips. My son is in the middle of the change now — his voice today isn’t the same as his voice yesterday.  And his voice tomorrow will again be new.

For now, as he continues his one-way trip into manhood, I’ll play documentarian and treasure the moments I’ve captured.

And laugh a little at this memory, which I never got to experience up close until now (I have no brothers).

(By the way, do you realize that Marcia — Maureen McCormick — turned 60 earlier this month!?)