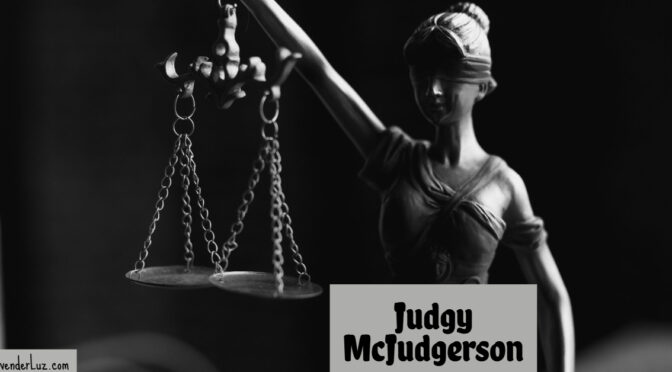 I was bothered by our night at the Festival even as the next morning dawned. Regarding our interloper, I was incensed. I was indignant. I was irritated way out of proportion to anything Marni had done, any fallout that came from our interactions with her.

So why the lingering, massive annoyance? The only thing Marni may have been guilty of was an astounding (but harmless) ignorance of social boundaries. According to me.

As I drove the kids to school, I mentally listed her transgressions:

And yet. She was nice. She was guileless.

Hers were sins of a young, eager puppy — untempered exuberance. A zest for life. What’s so wrong with that? Living in the moment is something I strive to do. I meet someone who does just that and…?

I feel superior to her.

Slowly, the accusatory finger that made me feel so self-righteous began to point toward me. What about my sins?

I may have seemed, in contrast, to be a snobby, uptight, fun-dousing wet rag. My sin was one of arrogance. Yet she didn’t judge me.

After I deposited the children at school, I reviewed the evening in my mind, this time from Marni’s point of view.

And doing so gave me clarity.

I concluded that the nagging feeling I’d carried into the new day wasn’t due to Marni’s behavior. It was that my sin far outweighed hers.

And once I was able to coalesce that thought, to bring out that feeling with awareness and examine it in daylight, I could forgive the sinner inside me.

And be grateful to my interloper.