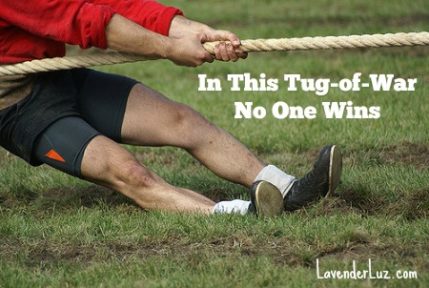 Like Dear Abby before him, parenting expert John Rosemond wants to give you advice on open adoption. But there are a few problems with that.

First of all, he has no direct experience with open adoption, or even plain old adoption, as far as my sleuthing skills reveal.

Second of all, his advice is terrible.

Though he apparently has a big following, John Rosemond is new on my radar. I heard of him only because I got a google alert that in his syndicated column, he’d offered advice to a letter writing couple having difficulty with their teen son and his birth mom. This is what we know about their situation:

Sticky situation, for sure.

John Rosemond has an eponymous website, and another one I found called ParentGuru. I am wary of people who call themselves “experts” and “gurus.” I prefer that a guru’s followers instead be encouraged to develop their own inner guidance system than to rely on an external “expert” who doesn’t have to live with the consequences of their advice.

So let me admit my bias right up front. I start out with low confidence in John Rosemond’s ability to give sound advice on open adoption. Just as I spoke out against “experts” on The Today Show, and just as I have countered advice from the venerable Dear Abby — more than once — I start with a critical eye when people advise on matters they really don’t have any expertise about.

The “Because I Said So” Approach

Ironically, John Rosemond, who trains coaches in “Leadership Parenting,” thinks things went south for American families when they started looking to experts for parenting advice in the 1960s.

Rosemond insists he is not saying anything that would surprise a grandmother or great-grandmother, because his parenting advice has its roots in how children were raised for generations prior to the 1960s. It was then that American parents began to look to professionals for how to raise their children instead of continuing to use the tried-and-true methods of their parents, grandparents and great-grandparents.

“Parenting before 1960 was a whole lot easier and children were a whole lot happier,” he said, adding that numerous studies back this up. In the 1960s, the demonization of authority leeched over into the family and parents began to question the legitimacy of their own authority…

John Rosemond has been “opposed to open adoptions from the beginning” because the “seemingly ‘fair’ arrangement can turn into a nightmare for adoptive parents.”

There is not much concern in his response for the teen son.

The advice column has a lot of reminiscing about the good old days when teens were respectful and had no mental health issues, but the only actual advice John Rosemond offers  is this: “the best thing for you to do is get yourselves a family attorney.”

How about instead getting themselves an adoption-competent therapist, someone to help identify barriers to communication,  build connections, and help get the parents all on the same page?

Judging by a headline I found in the Akron Beacon Journal, the expert would probably not like that suggestion. The headline reads John Rosemond: Adoption Specialists Spread Anxiety.

From Authority to Relationship

So is there any better advice to give this family that’s in such a stuck place?

I’d point out that many kids, not just adopted ones, go through a stage in which they want to go live elsewhere,  to the supposed greener pastures of a neighbor, a friend or relative,  other people’s parents’ house. Rather than go directly to lawyer in all these cases, most of them aim to work things out in a nonadversarial manner first.

I’d tell them to focus on their own relationship and connection with their son, and maybe even with his birth mom, rather than forcing their son to choose them over her (because I said so!).

I’d suggest they read Dawn Davenport’s post on Creating A Family. She wrote this week that “by the time our kids are 15 or so, the only real power we have as parents is our relationship with them.”

And lastly, I’d offer them this post, My Teen Wants to Live With His Birth Mom. Now What??

More on Giving it up to Experts