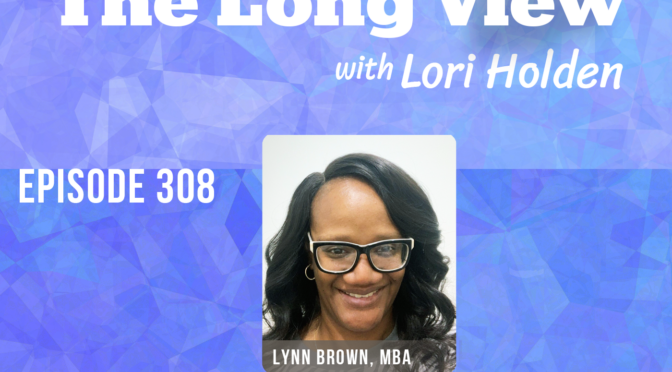 This month’s guest is a transracial adoptive mom (or “interracial,” a term that previous guest Tony Hynes told me he prefers in Ep307). Lynn Brown‘s two daughters were placed with her through the foster care system with the intent of reunification with the girls’ birth family, but it turned out that wasn’t possible. Eventually, the adoptions were finalized.

Now compare my guest’s reality with the image I asked you to conjure of a transracial family. Lynn Brown is Black. Her daughters are white.

I admit it. When I think of a transracial adoptive family, I think of white parents. I think about the extra things these parents need to do to bring their children’s heritage to them and to try to better understand their children’s culture themselves. Clearly, I hold some assumptions about who adopts and who gets adopted. So when I met Lynn at an adoption camp recently, I wanted to know more about her story.

Here to talk about transracial parenting in general and her situation in particular, is Lynn Brown.

I would hear: “Are you the nanny?”
I used to justify and overshare.

Now I have this resting bitch face and people don’t approach and question me as much.

Lynn Brown is mom to a newly teen daughter, a pre-teen daughter, both white, and a toddler son, who is Black. The family was formed in Nashville, TN, but moved to Houston last year, for reasons revealed in this episode. As a single mother by choice, Lynn started the process to become a foster parent in 2012. The girls were placed with her in 2013 and their adoptions were finalized in 2015.

Lynn works for a healthcare insurance company and has an MBA in Healthcare Management.

I was very intentional about where we live. I needed my children to be able to go to school and see teachers and kids who look like their family.