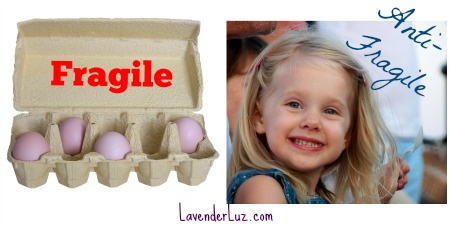 That sounds really mean, doesn’t it? Hear me out as I make that case that sometimes you gotta be cruel to be kind.

In a broader discussion of what he calls the vindictive attack culture on college campuses,  Dr. Jonathan Haidt, a psychologist and professor of business ethics at New York University’s Stern School of Business, says:

I’ve been thinking about this in terms of parenting, adoptive parenting and modern culture.

Parents can misguidedly overprotect their children when it comes to the hard stuff in adoption. I recently spoke with a friend who donated her remaining embryos to another family in what was to be an open adoption. However, because it might be too hard for the now 7 year-old to process his story and to know his genetic siblings (which was important to my friend and her husband), the parents have decided not to tell him, not to have contact after all.

Never mind how much this decision hurts my friend, but what about the effect on the boy? I fear the fragile approach will not work out well for him. Our job as parents is not to protect our kids from all difficulties, but to teach them to handle difficulties, to uphold that they can handle challenges, and to walk alongside them as they experience both successes and failures. This I would call an anti-fragile approach.

Do I want my kids to struggle with their adoptedness? Of course not. But if there is to be a struggle (many of you tell us there inevitably is), do I want to be there to support them, to cheer them on, to have them allow me in to their struggles? Of course I do.

(By the way, children aren’t the only ones who are anti-fragile, Remember the images of Astronaut Scott Kelly returning to earth? Without the stress of gravity for nearly a year, his veins, muscles, and bones weakened to the point that he had to be carried off the spacecraft.)

The Rise of the Coddling Culture

Dr. Haidt says in The Revenge of the Coddled that the coddling culture arose in the 1980s, which means for awhile now we’ve been feeling the effects on college campuses.

The great majority of people over 35 seem to dislike this coddling culture, they were not raised with it. Most of them had “free-range” childhoods where they spent time without adult supervision and were expected to fend for themselves. So the biggest divide is age.

The Atlantic’s The Coddling of the American Mind mentions the rise in use of the terms “microaggressions” and “trigger warnings” at colleges and universities in an effort to “turn campuses into ‘safe spaces’ where young adults are shielded from words and ideas that make some uncomfortable.”

How did we get here, to the place in which young adults demand to be treated as though they’re fragile? The Atlantic article follows many threads and theories. In addition to those, I notice these differences from my own memory:

Back then,  the thesis seemed to be: here’s the world. It ain’t gonna change for you so you must change for it. You gotta figure things out, You gotta toughen up.

Sure, there’s something to be said for accepting the things we cannot change. Yet I see why that’s not a perfect philosophy because sometimes, the world does need changing.  A new stance, an antithesis to the one before it, can be an empowering one: if you don’t like the world the way it is, make it better.

But maybe the pendulum has swung too far the other way as we focused too much on changing the things that can be changed. And in our zeal, perhaps we sacrificed acceptance in favor of change.

And now it’s time to modulate, to find synthesis, to seek both the peace to accept (“toughen up”) and the courage to change (“make things better”). It’s not an either/or choice; turns out we need both strategies, as well as the discernment to tell which approach to take and when.

To cap things off, as I’ve been pondering anti-fragility all week, my yoga teacher quoted an unknown person recently. 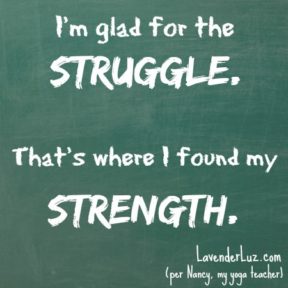 So yeah, I think it’s okay — even necessary — that my anti-fragile kids struggle. For in their struggle they find their strength.

* Gaijin and Canuck, for example. Is it OK to type these here?

21 thoughts on “I Want My Kids to Struggle”