It’s a busy summer, and I’m not at the ‘pooter as often as usual. To keep my seat warm in my absence, I bring you some of my favorite guest bloggers on Fridays in July. Maybe you already know them, and maybe you will find someone new to follow, but either way you are in for a treat.

Stepping in today is my longest-lasting friend in my whole life, my sister, Sheri. Sheri coaches people from all walks of life, sometimes with her intuitive skills and sometimes with her business skills. What her clients may not realize is that most of the time she’s using both. She lives on the Western Slope of Colorado with a bunch of pen!ses her husband and three sons. 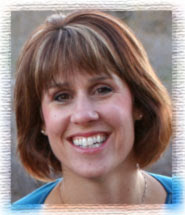 I have three sons. Having been raised the middle of three girls, I have discovered a lot and have a lot to learn!

James is 17 months older than Bryce, who is 14 minutes older than his twin brother, Ryan. With their births, I had suddenly been immersed in testosterone and all of the “boy” things that go with that. This story accentuates just some of what I have learned along the way. And with James now almost 14 and the twins at 12 ½, I’m sure there will be many more surprises ahead.

Foreshadow #1: Right after the boys were born, we were friends with a couple of other families who had only girls. The joke the boys’ father would say to the other dads was, “With boys you only have one penis to worry about; with girls you have to worry about ALL of them.” We’d all laugh, not knowing what might come.

Foreshadow #2: When the boys were 7 and 8 (hopefully before they had any thoughts of being sexual beings), another father warned us about “the sock.” Apparently he had raised boys and had frequently found “sticky” socks in the boys’ bedrooms. I’ll allow you to fill in the blanks here.

The story: It was a normal day around our house – our three sons playing outside, running inside, making lots of noise, etc. James was then in 6th grade, almost 13. His twin brothers, Bryce and Ryan, were just finishing 5th grade. James’ best friend was Corey, the neighbor boy who is in his class.

That week, a local pediatrician had visited Bryce and Ryan’s 5th grade class to talk about sexuality. They each came home with a “kit” complete with a sample of deodorant and a pamphlet containing FAQs. In the letters that came home from the school about the presentation, we had to sign a permission slip and it was suggested that we, as parents, use this opportunity to discuss sexuality with our kids, answer any questions, etc.

Each evening, as I put the boys to bed, I’d ask each of them about what happened at school that day, what did you learn, etc. I also used this as a time to open the conversation about the presentation at school about sexuality. Neither of the twins wanted to talk about it and would get giggly and tired. That was the extent of our sex talk at least for that evening.

James had had the same presentation just a year prior, which prompted him and his friend, Corey, to ask questions and tease his brothers about the topics of puberty, male and female gen.italia, ejacu.lations, mens.truation, etc. No wonder they didn’t want to talk about it!

Then I knew that we would be talking about sex with the boys – beyond the giggles, being embarrassed or tired. We talked to James and Corey (and also told Corey’s parents) about the boys being in our room, snooping through our stuff, and also about the concept of trust. Later that evening we lined up all three boys. We talked about what happened, what they found (which included the cond.om) and opened up the floor for questions. We got all kinds of questions and had a great discussion about sex.

I was glad that a lot of the “boy” questions were directed to my husband, who did a great job handling this delicately – like an expert. Looking back, I know that this was a great way to start the ongoing conversation about sexuality with our kids. Perhaps it was part of a divine plan…

I walked away feeling like we had done a great job handling this situation…a parental pat on the back. The next day I found an open condom in our front yard (with a torn open wrapper nearby – our brand) and realized that God probably had provided this opportunity and that God also has a great sense of humor!

What did I learn? I keep a much more detailed inventory of our “supply” and the “accouterments” we have in our room. I’ve considered buying a locked cabinet, but I think it might cut down on our spontaneity (what little there is when you have kids). I try to keep the lines of communication open with each of the boys and realize that we have just begun to walk this path. They are still embarrassed when I ask about a special girl or overhear one of them talking about “going out” with someone (they are heading into 7th and 8th grades), but I keep my maternal patience, curiosity and love for them as they are growing into fine young men.

The good news is that so far, I have not found any sticky socks and I think that is a bonus!
.

22 thoughts on “Guest post: Sheri Shares the Perils of the Penii”