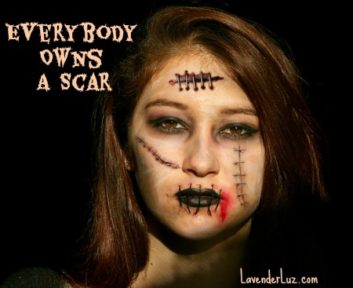 Lynn Sollitto tells of the difficulties that arose for her when a desire to remain open to her daughters’ first mother collided with the imperative to protect her children from unsafe and unpredictable situations — either which could lead to physical and/or emotional trauma.

In 2008, my husband and I adopted Paige through foster care after I assisted her birth mother, Ruth, in labor. A year later, Paige’s older sister Payton joined our family.

We had a connection to the girls’ birth family and were open to have an open adoption. This would consist of online pictures and updates through Facebook. Direct contact would be addressed later, when the girls were older and understood more, and Ruth could claim a history of sobriety.

We made the requirements for contact clear: Ruth needed to stay clean, out of jail, and gainfully employed. Essentially, she needed to live the life that would have enabled her to keep her children.

Ruth had seemed to be on a positive track, attending Narcotics Anonymous meetings and becoming friends with people in the program. She had a place to live and a strong support system.

But it was all a tenuous lie which snapped when she could no longer control her drug abuse. We understood it was a difficult time and she was human. We could have worked with her relapse; we just wanted her to be honest.

So in winter of 2011, I did one of the most difficult things I’d ever had to do: I cut Ruth out of my life.

I loved this woman deeply and always hoped she’d pull it together. I didn’t just want her to go through the motions of life, but live it. Smart and funny, she was a joy to be around when she was sober. When high, she was incoherent and prone to outbursts of anger.

After this necessary step in our adoption journey, I grieved the loss of a woman whom I loved in a way no one understood, not even myself.

I had recently fallen in love with a band called Blue October. Lead singer, Justin wrote the band’s lyrics. Their album, Foiled for the Last Time, included many angry, sad songs about mental illness and the negative consequences of addiction.

Setting up a jigsaw puzzle in my office, I listened to that album over and over again. Each song reminded me of Ruth in some way — the words, the song’s tone, the growl of Justin’s voice, his intense sadness and overwhelming anger.

As I sat alone listening to the music, I sorted through the puzzle pieces, a perfect metaphor for my feelings, trying to make sense of 1000-piece puzzle along with what had happened to the open adoption with Ruth I so desperately wanted to have.

One night, too lazy, too emotionally exhausted to get up and turn off the CD player when the last song ended, much to my surprise, after a few minutes of silence, another song came on. There was a hidden track; I’d never left the the CD playing long enough to hear it before.

Justin’s voice was seeped in sadness, haunted as he sang the words. And as I listened to the song, I was blinded by tears.

Because the track was hidden, there were no lyrics listed in the CD case. So I painstakingly penned those words to read, so I could really comprehend them. As I read the words over I found snippets of how I felt, how I believed Ruth felt, and how the events of the recent years affected us.

I did lose a piece of myself in Ruth. I held her hand during Paige’s birth, dried her tears after her visits with Payton, encouraged her by attending support groups. Now she was gone and I was alone with the fear that she’d be six feet under the next I saw her.

You see but lately I’ve been on my own
You see that’s a first for me
This is only me, yeah there’s only me
And I realize for once it’s just me…
I’m gonna feel a peace in me…
I’m gonna make this cloud above me
Disappear, be gone

I prayed Ruth would realize it was only Ruth who could pull herself out of hell. I desperately wanted her to feel peace, heal and be happy. It was all I ever wanted for her.

So wide, so long, so sad I want to be strong
Don’t try to take her from me
I’ve already spent my life living half undone

Hearing these lyrics, I dissolved into a hot mess. Ruth’s daughters were taken from her because she was living her life undone. In a vicious cycle of addiction and loss, she was even more undone because they were gone. And the way she chose to numb her pain and forget her loss was to continue being undone.

Eventually, I realized I couldn’t let myself be undone with worry and sadness for the life she chose to live.

It was time to move on.

Ruth was never far from my mind — how could she be when Paige looked at me through Ruth’s eyes, when Payton smiled with Ruth’s smile. A couple times Ruth and I touched base but then she’d fall off the wagon and I would wonder if she was lying in a ditch somewhere.

For over two years, we weren’t in touch. Then I reached out to her on a late summer day — Paige’s birthday.

Ruth reached back. She was sober, had a job, an apartment, and her GED. My dream had come true: She was living.

We became friends on Facebook again, kept in touch through texts, met up for coffee every once in awhile, and even attended a musical together.

This past spring, almost two years, since Ruth and I reconnected, my husband and saw Blue October perform live. When my husband gave me their new album for Christmas, I expected the same angst-ridden, gravelly voice to assault me from the speaker. Instead, the music was upbeat, his voice gentle, and an appreciation for the little things, even the challenges.

Most of the concert’s music was from the new album. Justin’s music had changed, he had changed, and on the stage in that small club, I could feel his peace.

Ruth’s life had changed, she had changed, and over the last couple of years, I’d felt her peace. She had told me she’d never go back to drugs, never live that life again.

One of the most moving songs Justin sang at the concert, called I Want It, says:

We all have scars, some of our own doing and others the result of things of which we had no control. They may be reminders of our painful pasts but they are also reminders of who we are now.

And I don’t believe they will ever take away the fight in her. 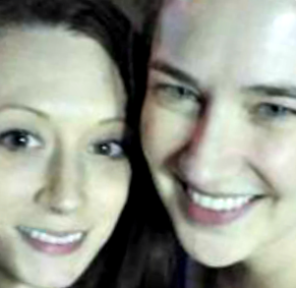 Lynn Sollitto lives in Sacramento, California, with her husband and three children. She has been featured twice on Carrie Goldman’s Portrait of an Adoption: 30 Adoption Portraits in 30 Days and has been a guest contributor for Transfiguring Adoption. Lynn blogs at BittersweetAdventures.com and can also be found on Twitter @LynnSollitto or reached at [email protected] Names may be changed to protect privacy.

This blog accepts guest posts from people I know in some way. The views expressed in guest posts are those of the guest. If you’d like to consider guest posting about adoption or another topic on LavenderLuz.com, start here.

10 thoughts on “Everybody Owns a Scar: Trials in an Open Foster Adoption”