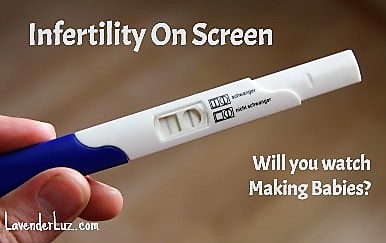 After years of “manually” trying to conceive, John and Katie Kelly put their bodies, wallet and marriage through the ringer of modern infertility treatments.

Twenty years ago I was living this movie. I’d met my Mr Wonderful but we weren’t making babies. We had to get help making babies. We never did make babies. My ovaries became my most thought-of organs and my marriage was tested to its core. It was a painful chapter of my life in so many ways — physically, emotionally, financially, and relationshipally.

Not many people knew what we were going through back then. At the time, infertility felt like a shameful and dirty secret, so we endured our journey largely alone, relying only on each other and close family.

Even though it might have been helpful if others had better understood what we were going through, and even though bringing a problem into the open can demystify and de-shame it, I’m still not sure I’m ready to look back on all that.

Through the Wringer, Indeed

Katie and John Kelly (Eliza Coupe and Steve Howey) are ready to settle down and have kids but five years later, all they have to show for their efforts is a mountain of negative pregnancy tests and an increasingly elaborate home micro-brewing rig, which John hopes will launch his company. As they run out of traditional options and their window closing, the couple explores the daunting world of medical, spiritual, and homeopathic methods to conceive a child. With an ensemble cast…MAKING BABIES puts a couple through the ringer [sic] of modern infertility treatments and questions whether their marriage will withstand the ultimate test.

Dear Making Babies Writers: You got me with this: “As a woman, this is the one thing I’m supposed be able to do. And I can’t.”

And then you lost me with this: Friend with rambunctious children says, “If it doesn’t work out I’ll give you one of mine” — such a low-hanging adoption punchline.

For me, this comedy is a watch-on-demand-in-my-living-room movie.

How about you? Do you plan to see Making Babies? What effect do you think this movie will have on people dealing with infertility?