Halloween when I was a kid:

Halloween for my kids:

Another side effect of this gradual transition to fall is the colors, all the three of them simultaneously. I can’t remember ever seeing them in such glory. 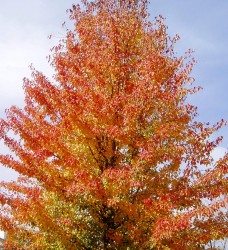 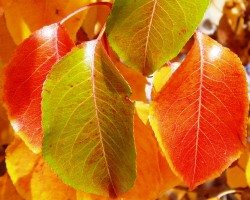