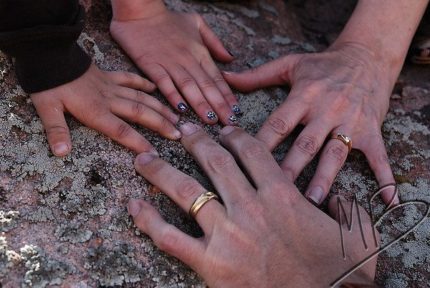 What if I hadn’t ended up with the children I have?

The thought is an unsettling one.

The adoption road is multi-forked with countless paths not taken. Indeed, all of one’s life is (each time you choose one thing you forgo the other things), but adoption tends to make a family especially aware of untrod paths. Here are some that I wonder about.

What if Crystal’s first choice to be parents of her unborn daughter had said “yes”? What if Michele had chosen a different adoption agency through which to place her son, an agency we were not working with?

The implication of each of these simple questions is profound. What if Tessa and Reed hadn’t ended up as my children?

I find it difficult to go there. It is unfathomable. We are so tightly interwoven that it seems there is no way we could have NOT come together in the way we did.

These are some of my What Ifs. But there are others in my home, as well.

My children are beginning to understand they, too, have paths not taken. Tessa, 9,  is in contact with both Joe and Crystal, her birth parents. She sees them parenting (separately) her half-siblings. She’s been to their homes. She wonders aloud, on occasion, what it would be like to live with Joe and/or Crystal. Would she have a dog? Would she have her own room? Would she have fewer chores, a later bedtime, more Dr Pepper? What would it feel like to see her own face in those of the people raising her?

Reed, 7, has not yet vocalized his thoughts about living with either/both of his birth parents. But he did ask the other day:  what if someone else had become his parents? While his sister sees the singular possibility of her biological parents raising her, Reed gets that he could have ended up with, well, just about anyone.

Except that he didn’t. She didn’t. I didn’t and my husband didn’t. All roads converged here.

At the center of my universe.

Bloggers from the ALI (Adoption, Loss, Infertility) community are writing about WhatIfs for National Infertility Awareness Week, April 24 to May 1, 2010. To add your own thoughts, link here.