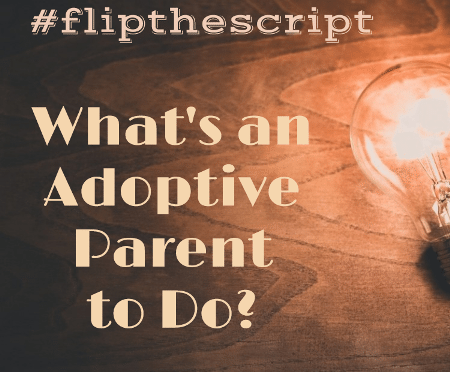 Barbara Freedgood guest posts today about the impact November’s #flipthescript movement has had on her as an adoptive mom and therapist. She addresses the question that many readers may have had last month as they read the not-so-secret thoughts of adult adoptees: 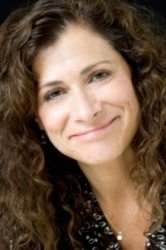 November was National Adoption Awareness Month. The blog posts flowed in on my email. I found myself overwhelmed with input from all the voices being raised during this time in which adoption draws more of the spotlight.

Among the many things that came across my desk were generous offers from authors of greatly reduced prices on their books written about adoption to share their experience and hopefully help others. There were workshops offered on attachment and trauma. Adoptive Parents Committee held its annual conference, as it always does in this month of adoption awareness. And here in this space, Lori hosted “flipthescript” in which adoptees took the floor to offer their views.

Many adoptees raised their voices, claiming more space for their stories, not just those of adoptive parents and professionals. And many of their stories were tough to hear, especially as an adoptive parent. They expressed hurt and anger at the foreclosure on their grief in adoptions where their parents could not or did not know to discuss and understand their losses. They vented outrage at the expectation that they be grateful for being adopted. After all, they did not choose it and it would seem that adoption causes as much hurt as healing.  Adoptees mourned deep feelings of loss of birth family and birth countries and cultures. 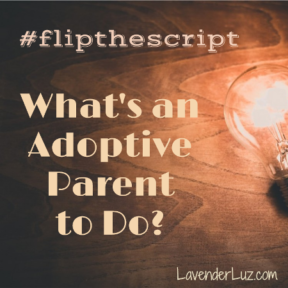 It struck me that as adoptive parents, it is our job to hear and understand these feelings while at the same time feeling our own sad losses. How sad to have a child who suffers so. Unfortunately, in this outpouring of voices, adoptive parents as a faceless whole are sometimes painted as selfish people who just wanted a baby at any cost to others involved. No doubt there are people who fit this description. There are many, though, who simply followed advice that was given to everyone who adopted at that time, did the best that they could, and did not know a thing about what they were getting into. “On the job” learning is tough — one makes mistakes.

Fast forward to adoption in the 21st century. As a result of the great efforts of reform-minded adoptees, birth parents and adoptive parents to define better practices in adoption, things are changing. Thanks to this, openness is the order of the day and newly adopting parents are being counseled far differently than parents of the past who adopted under a system that encouraged closed adoption, closed records, closed connections, closed expression.

New adopting parents are now encouraged to do open adoptions so that adoptees do not lose their identities and biological connection. They are encouraged to talk about adoption with their children, not keep it in the closet as a secret, or brush over the differences that evoke questions and cause intrusions both external and internal from the outside world.

This is all good and important change. It is my hope that this will allow us all to have more nuanced stories about our adoption experiences. In the past adoption has traumatized all involved. Birth parents lost children forever. Adoptees lost birth families forever. And adoptive parents entered parenthood completely uncomprehending of the damage this would do to all, unwittingly putting themselves on the front lines with trauma they had no understanding of or preparation for managing.

There will always be good parents and not so good parents, whether adoptive or biological. There will always be issues of fit and compatibility. Adoption will always be fertile ground for fantasies of lives not lived, of grief for and idealization of parents or children that did not happen. However, if it is practiced with greater consciousness and room for everyone’s feelings we stand to have a lot less trauma in this way of making families, a great thing for all involved!

Barbara Freedgood, LCSW is the mother of two children adopted at birth in the United States and psychotherapist in private practice in New York City. She is the author of the article: “Loss and Resiliency Form a Family: A Relational Story of Adoption” available through her website. She runs post adoption support groups for adoptive parents of children of all ages.

Posts in the #flipthescript Series:

70 thoughts on “#flipthescript — What’s an Adoptive Parent to Do?”