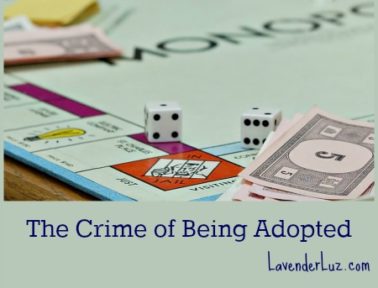 News came recently of Adam Crapser, a married father of two who was detained last month and sits in a cell in Tacoma awaiting deportation to Korea , a land he hasn’t seen since he was adopted from there 40 years ago, in 1976. His crime is not his own, and his life in the US can be summarized in four chapters, each its own tragedy:

Today I offer guest post that reveals injustices around how adoptees are treated in the United States. Adam Pertman, founder of the National Center on Adoption and Permanency, tells of previous cases of adoptee deportation — Adam Crapser’s is not an rarity — along with what you can do to help make things right.

Unfairness and Inequality in Adoption 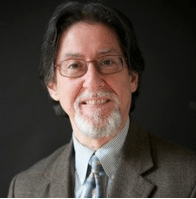 Imagine that your daughter, whom you raised from infancy, was convicted of forgery. You certainly wouldn’t be surprised if she were prosecuted for that felony and, while it would be heartbreaking, you’d expect her to be punished, probably even imprisoned. Now let’s add one more element to this real-life scenario: How would you feel if the penalty imposed on your 30-year-old child — who suffers from multiple sclerosis — was deportation to another country where she knows no one and doesn’t speak the native language?

I am not making this up. It is happening today. It is obviously devastating to the woman facing a jarringly disproportionate punishment for the crime she committed, but it is also much more than that. It is a vivid example of the unfairness and inequality that sometimes exist in the world of adoption.

What may be most unnerving is the fact that this is not an aberration; while it is hardly commonplace, it has happened again and again. And there has been virtually no media attention, or public outrage, or embarrassment on the part of immigration officials, or concerted effort to reform law and policy so that people who were adopted into their families are placed on a level playing field with their biological counterparts.

Here’s the core of the case: Kairi Abha Shepherd was adopted from India into the United States in 1982, when she was three months old. Her mother, a single woman in Utah, died of cancer eight years later, so Shepherd went on to live with guardians for the remainder of her childhood.

When Adults Don’t Know/Don’t Do, The Adoptee Suffers the Consequences

Shepherd’s adoption took place before 2000, when a new federal statute conferred automatic U.S. citizenship on most children adopted internationally into this country; the law included a retroactive provision, but she was adopted a few months before it kicked in. So the adults in her life were supposed to fill out paperwork for her to become a citizen — but, like many others, they either didn’t know or, for whatever reasons, never got around to doing it.

As a consequence, when Shepherd was convicted in 2004 of forgery to feed a drug habit, U.S. authorities did what they do to many felons who don’t have documents showing they are Americans: they started deportation proceedings, which are now coming to a head. It doesn’t seem to matter that Shepherd has lived as an American for all but a few months of her life, and it is an extraordinary price to pay for a bureaucratic oversight made by the adults who raised her.

This is not an aberration. In 2011, a 31-year-old mother of three, who was adopted from Korea when she was eight months old, was held at a federal detention center in Arizona and faced deportation after a second theft conviction. It’s unclear what happened to the woman, who was not named, but the bottom line was the same: her adoption took place before the period covered by the Child Citizenship Act of 2000, and neither she nor her parents ever applied for citizenship for her. So, even though she had lived in the U.S. nearly all her life, had given birth to three children on our nation’s soil, had never as much as visited Korea and didn’t speak the language, federal authorities wanted to send her “back.”

There are more examples, too, dating back at least 15 years; indeed, in my book Adoption Nation, I write about a young man who was adopted into the U.S. as a child, convicted of car theft and credit card fraud, and deported at age 25 to Thailand, where (same story) he knew no one and didn’t speak the native tongue. Can you imagine anything comparable happening to someone born into his or her family, whatever the offense? Of course not.

People who break the law should unequivocally pay an appropriate price for their offenses. But I think it can fairly be argued that the reason some are being ejected from the only country they’ve ever known is not because of the crime they’ve committed — but because they were adopted.

This feels grievously wrong. We should be shocked, we should be outraged, and we should do whatever is necessary to halt the cases already in progress and to prevent this from ever happening again.

A version of this article appeared previously on The Huffington Post.

After leaving his position as Executive Director of the Donaldson Adoption Institute in 2014, Adam Pertman founded NCAP, The National Center on Adoption and Permanency. He spent 20 years as a senior reporter and editor with the Boston Globe, where his honors included a Pulitzer Prize nomination for his writing about adoption. He and his family make their home in Massachusetts.

To learn more and to make a difference, alert the media, alert your lawmakers and ask them to change laws that unjustly prosecute adoptees. Sign a petition, write a letter, donate to the Adoptee Defense Fund. Get informed and do something.

UPDATE AUGUST, 2016: Call Congress to Pass the Adoptee Citizenship Act now. <== The link will guide you through.

7 thoughts on “On the Crime of Being Adopted”