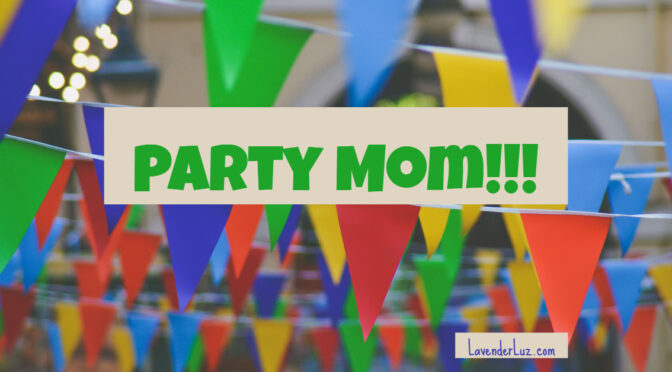 Damn, life is good! Marni thought to herself. It was her weekend to have the children. Here she was with them and her new, attentive boyfriend and a cold brew — all the essentials after a long week working the blackjack table.

Her children, Brent and Nina, were amusing themselves in the common area of the restaurant/bar. Marni watched them befriend three other kids who matched their ages. Russ flirted with her and offered her a cigarette, which she accepted. He was already tipsy, but adorably so. Marni could tell he was really into her.

Marni’s one goal for the evening was to have fun with her kids. It was Festival Weekend, and the rain was not going to dampen her enthusiasm or their fun. If they couldn’t frolic outside, then they would inside. Which is what they were doing in this family-friendly bar.

Nina invited her mom to the dance floor and Marni was only too happy to oblige. Soon, Marni was dancing with Nina, Brent, and the the three children they’d been hanging out with. Kids make friends so easily, she thought. Adults should be able to, too.

Marni got to know the blond girl, a very outgoing and fun-loving sort, who reminded her of herself. Together they hatched a plan to have their families hang out together for the Festival, as soon as the rain stopped.

Which it did. Marni put her plan into action. She strolled up to the table of the mother of the blond girl, who was deep in conversation with her friend, the mother of the other girl. “Our kids are having so much fun playing together. Would you like to go see the Festival soon and ride the rides together?”

The women looked confused, like they’d come into a story mid-chapter, but recovered and said, “Sure. We are just about to pay our bill and then head out.”

They made their introductions, the three women, cleared their tabs and headed toward the Festival.

“Wait!” Marni said as they big group prepared to leave. “The kids want popcorn. I’ll get a couple of bags from the bar.”

Once she’d secured a bag of popcorn for each of the kids, they exited the restaurant and ambled down the Festival’s main avenue. Now, what would make this night perfect for the children?

The answer came in another kid’s hand. She saw a young boy waving a multi-colored light saber and knew her kids would enjoy them immensely. So she set out to find the booth.

“I’ll be right back. You watch the kids for just a minute!” she indicated to the other moms. And set out on her quest.

Within 15 minutes she came back to the place she left the group and passed out the booty to all the delighted kids. Brent and his blond friend were ecstatic, and the three girls were pretty happy, too. The light in their eyes fed her hunger for connecting with them. She even handed a light saber to each of the other two moms.

The kids clamored for rides, so the group moseyed over to that section of the Festival. Marni stopped on the way to buy more gifts for each kid. It felt so good to give, give, give.

Soon they came to the ticket booth, where each mom bought a ribbon of tickets. The mother of the two blond kids turned around, after her purchase, and gave Marni 8 tickets. “You’ve been so generous to my children — I’d like you to spend these on YOUR children.”

Well, ain’t that nice! The three moms shepherded the five children onto rides. The kids screamed on the kiddie roller coaster and they squealed through the bouncy castle.

While the children rode, Marni made several overtures to make friends with the other two moms — small talk about school, offering them a smoke, telling them about her job. But her heart sank as they continued talking more to each other than to her.

The children unanimously decided on the swing ride for their final adventure, and they were then out of tickets. The two moms deemed it time to go home, since it was a school night.

Marni tried to get them to stay because Brent and Nina were having such a good time with their new friends. The moms protested that they were out of tickets, to boot.

Marni pulled out her wallet, intending to buy another batch of ride tickets and divvy them up among the kids. But the two moms stood firm and pointed their children toward the parking lot.

“Bye! Hope to see you around again!” she said as they all walked away.