Jodi Haywood, who occupied this space for #flipthesript 2, returns with more of her story, as well as advice for adoptive parents who wish to foster attachment and build a trust-based relationship with their child.

At the time I was taken for adoption (1975) and the deed was finalized (1977), I don’t think most people realized the extent of lasting damage done by separating a young child from its mother, or from extended family caregivers. Children were seen as resilient — they could easily adjust to such a major life change. This was at the end of the Baby Scoop Era in the US, and if the psychological damage was known, that information wasn’t made widely available. 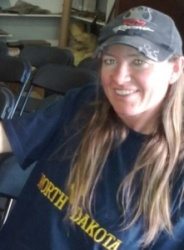 My aunt and uncle didn’t go through an agency, of course; they already had custody of me and the adoption needed to take place so that neither of my parents had legal grounds to ask for my return. The bottom line was, my aunt wanted a child of her own and her brother’s circumstances had provided her with me. She had to believe she was doing the right thing in order to justify her actions. I honestly don’t think it occurred to her to wonder if I might not be as well-adjusted as she assumed. Until I started kindergarten and my teachers expressed concern about my “unusual” behavior.

I didn’t make friends easily. I didn’t play well with others and I had too vivid an imagination even for a 5 years-old. My reading ability far surpassed that of my classmates, while my social skills lagged far behind. I didn’t like my name and didn’t always respond to it. I preferred the company of animals to people. I’d get into my own zone and nobody could pull me out. I spent more time in the “Thinking Chair” timeout than the rest of the kids put together.

My aunt took me to a team of child diagnostic experts on my sixth birthday to find out what was wrong with me. In addition to my problems in school, she complained that I didn’t seem to bond with her or her husband. The doctors spent about a year and a half meeting with me, evaluating me using play therapy and other tactics, and learning the short version of how I came to live with my aunt and uncle (who hadn’t yet told me they actually were my aunt and uncle.) I obviously was not the least bit well-adjusted, and when I was 7, one of the doctors suggested to my aunt that the early childhood upheaval and adoption could be at least partly responsible my difficulties. My aunt told him this would be the last time he’d see me. He tried to convince her I’d benefit from further therapy, but there was no changing her mind.

I know now that having high-functioning autism presented its own set of challenges, but the criteria were not available back then for them to diagnose me, because no one ever mentioned autism or Asperger’s by name. Still, the effects of the adoption haunted me in ways the psychologists could see, but my adopters could not.

Somebody adopted as a newborn baby might see themselves as having been “given away”, while the child with more developed motor skills understands that they were “taken.” And a child removed from a parent will, in their own way, resist being taken. Is it normal to expect this same child to trust the adults who did the taking? To bond with them? I think not. Was it normal for my aunt to expect me to bond with her after taking me from my homeland and separating me from everybody I knew or loved — my father, my grandfather who had died just before she took me in, my grandmother who walked away and left me in my aunt’s care? It wasn’t as if I already knew my aunt or uncle. Both were strangers to me.

Stockholm Syndrome comes to mind. You know you have to depend on these people for your survival, but you don’t trust them, and any bonds between you were forged in fear, not trust. You don’t dare betray them because you won’t be able to escape them, and they’ll only make your life more miserable. Your best defense is to conceal from them what’s going on inside of you, your true feelings.

When trust isn’t there, and the child is being bullied on the playground, the child will try to hide it from the caregivers. If the caregivers raise the child in an atmosphere of shame, fear, and secrecy, the child internalizes blame. I’m no good. I deserve for bad things to happen to me, and these people won’t protect me from  danger.

Looking back on my own school years, it didn’t occur to me I was actually being bullied. I felt as if the world was against me; I felt like an alien stranded on a planet I didn’t belong in, and acts of bullying were seen as something I deserved.  Something made me an easy target and, and if my aunt or uncle or even a school official found out about it, their usual question was “what did I do to set them off?” which of course I couldn’t answer. My uncle had a bad temper, and many times my aunt told me she’d never heard him shout or raise his voice until I came along. In other words, his rage was my fault. When I was 12 and they admitted to being my aunt and uncle, I completely shut down with them. Finding out they’d lied to me all along, that I’d actually been living with relatives, was more than I could process and still survive under their roof.

The best thing the adoptive parents can do to avoid a shut-down is to build from the very beginning a foundation of trust. Tell the child her story. Some things are age-appropriate (don’t tell a 5-year-old that Dad was in jail when she came to live with you, for example) but don’t withhold important information, such as an existing blood tie, or that the natural mom is the daughter of family friends. The adoptee will eventually find out, as a child, teenager, or adult, and the older they are, the more of a shock it will be to adjust to, and the deeper the betrayal will penetrate.

The more the adoptive parents try to control the relationship and keep the child or teenager from having relationships with others, the higher their risk of losing relationship in adulthood. We need look no further than the recent example of Chelsea, adopted by Rosie O’Donnell and now living with her birth mother.

Why Am I Flipping the Script?

How could I not? I felt as if I’d lived under my aunt’s script for the sixteen years between her taking me in and my high school graduation. It wasn’t a script I wanted, but everybody in her circle seemed to know the story of how she’d “rescued” me, and any deviance on my part would be seen as ingratitude.  I had no idea that other adoptees felt the same way I did.

The more of us who raise our voices, the more likely those voices are to be echoed by others who realize they aren’t alone. What I’m really hoping for is more adoptive parents taking note, more adoption reform taking place in the form of unsealed records,  and more awareness that our adoption wounds are a natural consequence of hurts inflicted upon us, that we are not unjustifiably angry and we are not “hanging onto old hurts” by choice. The wounds of adoption, imprinted at a young age, won’t always fade over time. Some deal better with wounds than others, but the less resilient don’t deserve to be shamed for having deeper imprints.

One thing I would really like to see as we educate others on the effects of adoption trauma is this: attachment difficulties among children impacted by adoption are the rule, not the exception to it. Especially when children were adopted at an older age and/or had multiple caregivers, trust is not going to “just happen”, and what many adoptive parents are quick to pathologize as attachment disorder or RAD is a natural consequence of unnatural circumstances. Attachment disorder is merely one indicator of a much deeper issue.

Jodi Haywood is an international adoptee raised in a mostly-closed “relative adoption,” and a former delivery-truck-driver-turned-full-time author. In addition to writing several young-adult novels, Jodi contributed to the Adoption Therapy anthology and the  recently published Adoptee Survival Guide. When she’s not writing, researching, or studying adoption psychology, she’s training for marathons or just hanging out with her family.