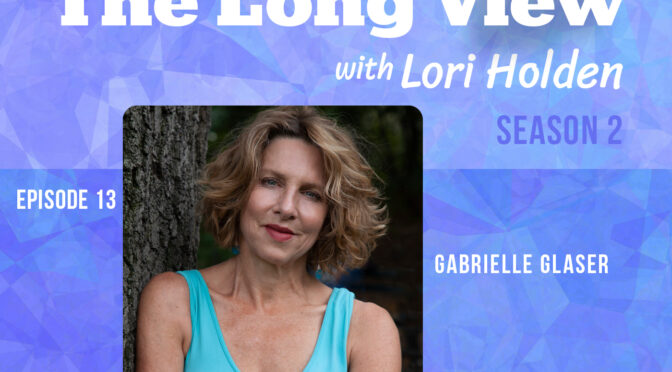 I call the Closed Adoption Era, which informs what the general population “knows” about adoption, a failed experiment. It makes sense that something  rooted in shame and secrecy would not turn out well for those involved. We need movement toward practices and policies with truth and transparency as the guide.

This is why I was so excited to talk with journalist and author Gabrielle Glaser, who has investigated the devastating results of such closedness.

What Happens When Adoptions Take Place Behind Closed Doors?

That’s the short answer, but there’s so much more. Like Georgia Tann before her, Louise Wise and the agency that bears her name were able to do unconscionable things in secret, with no accountability. Despite the wrongness of it all, Louise Wise records remain sealed at Yale University — for 44 more years! The closedness ensures that justice will never be served for those who suffered.

The Louise Wise agency partnered with researchers who needed newborns who didn’t quite have parents — in this case were between parents — to conduct experiments on. That’s right. You’ll hear Gabrielle talk about what she found out about intentional physical pain inflicted on 10 minute-old babies.

But only those bound for adoption.

Prefer to read Episode 201? Here’s a transcript (but listening is so much better).

In episode 201, Gabrielle and I explore the impacts of secrecy on adopting parents, on placing parents, and most of all, on the person adoption is supposed to center on, the adoptee. Besides closed doors and closed records, we also cover the effect of closed hearts and minds on people living in adoption. And more:

Author of American Baby: A Mother, A Child, and the Shadow History of Adoption, Gabrielle Glaser tells the shocking truth about postwar adoption in America through the bittersweet story of one teenager, the son she was forced to relinquish, and their lifelong search to find each other, thwarts and all.

Gabrielle has become a force in the movement to open up adoption in all ways and take away shame and secrecy that allows bad actors to benefit themselves with impunity. She shares the impact of secrets on the adopted person, as well as the innate need many people have to know and connect with their origins. You don’t want to miss this episode.

Did you know that Adoption: The Long View is now listed among the Top 25 adoption podcasts?