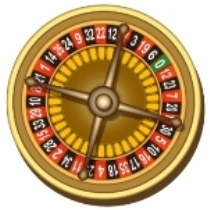 While researching his book on magical thinking, Matthew Hutson interviewed a psychologist and one of his collaborators who had, in turn, interviewed 38 adoptive parents. “It turns out that most of the parents had told her that their children had been brought to them by destiny.”

Granted, 38 is not a very big sample. But the idea is worth exploring.

The resulting New York Times article, “Adoption, Destiny and Magical Thinking,” is causing quite a stir in the adoption community. In just two days, there are 139 comments and counting.

(And this post comes on the heels of my review of a Disney movie that epitomizes magical thinking. Coincidence? Oh, the irony.)

My first thought as I read the article, was, this reminds me of how I felt when Osama Bin Laden was killed.

The problem with saying “God is on our side” is that it also means God was on the OTHER side on 9/11. #obl

Applying the same principle to adoption, a revised and way-too-long tweet might read, The problem with saying “Fortune brought my child to me” is that it also means that “Fate took me away from the people who created me” or “Destiny decreed that another person would call my child Mom.”

I  admit to magical thinking in my early days of being an adoptive mom. All roads led to me being parents to these two miracles, to us being a family. Our infertility intersecting so perfectly with their birth parents’ inability to parent at that time. How fortunate were we to experience such joy after enduring the despair of infertility! Such joy had to have been sent from heaven!

But then I began to listen. To first parents and to adult adoptees. I found that adoption is not always win-win, like I thought, like I had hoped. Often, especially during the Baby-Scoop Era of the 1940-1980s, adoption was win-lose. It makes sense to me, as I read the comments in the NYT article, that those on the Win side of an adoption are more likely to recognized destiny’s hand than those who feel they were on the Loss side. 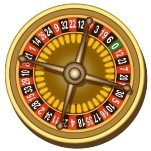 My second thought was the way I used to begin teaching high school social studies classes each September:

But! Do you realize that EVERY SINGLE THING THAT HAS EVER HAPPENED had to happen in order for you to be here? If just one person in ancient Greece had decide to take a different route home from the forum one day, if two people hadn’t met during the Middle Ages to beget their family, if one train had been one minute later or earlier during WWI, if one letter had been lost during the 1960s (or any other era), the ramifications would be your non-existence. You can only exist here, in this classroom, at this moment, because EVERYTHING YOU’RE ABOUT TO STUDY happened the way it happened.

My students would scoff, and I’d point out that each of them is one in a million. A trillion, maybe. Even a googleplex! (which leads to a whole other teaching moment). The fact that out of 300 million sperm, that one got to the egg (that egg!) first. The fact that each of their parents was also the product of 1 in 300 million. The odds that the parents, and grandparents and great-grandparents might never have met. It becomes mind-boggling to follow this line of thinking, and that it leads us to realize our connection to every single person in every single place across all time. (Not to mention every event that doesn’t have to do with human history.)

But was any of it pre-destined? Or is it all just a bunch of chance happenings that happened to happen  the way they did?

There were six couples in our Adoption School. A year after our three-day class on parenting in adoption (and, more specifically, open adoption), all six of us moms got together with all six of our new children. I remember, sitting around the table with my fellow newbie moms, having a thought about Russian Roulette. Had the divine spinner gone  just a bit differently, I might have ended up with THAT baby. And Tessa might be clinging to THAT mom.

Granted, it wasn’t a rational thought.

My third thought was a Chinese proverb my spiritual teacher tells:

Once there was a poor farmer. He was able to grow just enough to feed his family. One day his horse ran away.

“Bad news!” the neighbors cried. “Now you won’t be able to work the fields.”

The next week the horse returned — with a mare.

“Good news!” the neighbors cried. “Now you’ll have many horses.”

Later, the farmer’s son was breaking the mare. He fell and broke his leg.

“Bad news!” the neighbors cried. “Your son will always have a limp.”

War came and all able-bodied young men were required to join the army.

“Good news!” the neighbors cried. “Your son is spared.”

I explained before how my children began to process their sense of destiny.

My son did ask the other day:  what if someone else had become his parents? While his sister sees the singular possibility of her biological parents raising her, Reed gets that he could have ended up with, well, just about anyone.

Addendum: I see that many in my sphere have written their reactions to this NYT article. I love having 1-stop access to these posts, so feel free to add your linky about this topic if you have a related post to share. Also, I encourage you to visit those who are listed below and listen. And comment thoughtfully.

102: Interview with Ashley Mitchell regarding a birth mom’s perspective and the necessity for better adoption education.