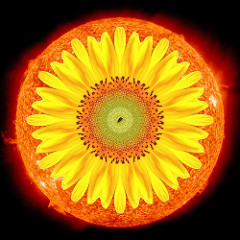 The sun stands still.  And then it reverses.

Each summer and winter solstice, I think back to a class I took while I lived in Japan. I filled my weekends that year dabbling in shiatsu, cooking, Japanese language, an obscure martial art that I can’t recall now, and macrobiotics.

I’ve remembered the most about the macrobiotics class. As the sensei introduced us to the way of life, he explained a few fundamentals. The one that goes with solstice, in my mind, was this:

When something reaches its zenith, it begins to become its opposite.

This, to me, is profound. We reach the peak of summer, and we then head toward winter. Once the darkest part of the night passes, day advances.

There is a constant ebb and flow. Happiness and sadness. Abundance and scarcity. Maybe even life and death?

When something reaches its zenith, it begins to become its opposite.