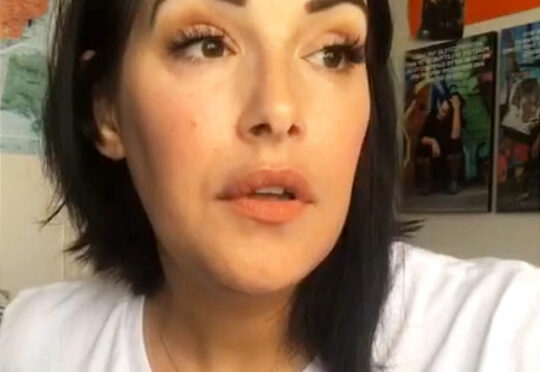 Birth mom and advocate Ashley Mitchell breaks down the case and talks about our responsibility to prevent coercion in adoption.

If you are horrified by the Paul Peterson case (details below), if you’ve ever wondered what happens in “adoption-friendly states,” if you care about ethics in adoption, you must tune in to Ashley Mitchell’s recent talk via Instagram TV.

Paul Peterson is an elected official in Arizona who:

Last fall, news broke that Paul D Peterson had been arrested and was soon indicted in three states — AZ, AR, and UT. Last week he pleaded guilty to various charges around his 3-state scheme.

Thanks to mission work in his youth, Paul Peterson spoke Marshallese, while most of the women likely did not speak English. There was a striking power differential between Paul Peterson and the women he had separated from their support systems, their home base, and their passports.

Ashley (BigToughGirl.com) has interviewed many of the affected people who were working with adoption facilitators connected with Paul Peterson. In her talk on Instagram she fills us in about the details of the scheme and its effects. She takes the elements of human trafficking and overlays them with tactics used by unethical adoption professionals. Ashley talks about the responsibility all adoptive parents have — whether their adoptions were handled ethically or not. She mentions what her new nonprofit, Lifetime Healing Foundation, is going to do to help the affected mothers.

Imagine a more ethical Adoption World in which the first place a woman in an unplanned pregnancy reaches out to is a healthcare professional rather than an adoption professional.

What would happen if the choice to parent or place were no longer in the hands of internet-savvy adoption predators*? And was instead in the realm of health care professionals? Hospitals and clinics, specifically those trained by the Family to Family Support Network (FFSN, an organization I both work for and donate to), are in a better position to educate a mom on her parenting resources and options in an unbiased way and protect her voice and choice throughout her pregnancy and delivery.

It’s imperative that the first point of contact regarding parenting or placing be with an entity that has no vested interest in the outcome of the mom’s decision. FFSN-trained hospitals have such protocol written into hospital policy.

Know how Paul Peterson finally got caught after years of trafficking mothers and babies? Nurses!

* Some of them are just that! And it’s hard for a novice, particularly a person in crisis, to tell the difference between an ethical adoption professional and a predator.

What are your thoughts on the Paul Peterson case, and Ashley Mitchell’s explanation of the fine line between adoption coercion and human trafficking?

This post is part of #Microblog Mondays. What’s that? A post that is not too long. Head over to Stirrup Queens to join the fun.

14 thoughts on “The Fine Line Between Adoption & Trafficking: Ashley Mitchell on the Paul Peterson Case”