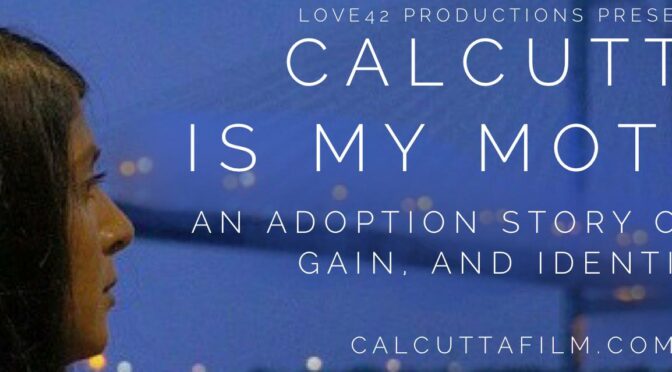 Reshma McClintock, adoption reform activist and founder of Dear Adoption, came to Denver on a recent Saturday. She was here for a special screening of a documentary that follows her inner and outer journey toward integrating pieces of her identity. That film is called Calcutta Is My Mother, and I recommend seeing it.

If you’ve ever listened to an adoptee explain their decision to search for the beginnings of their story, chances are you’ve heard them start with the disclaimer, “Don’t get me wrong. I love my parents. They are wonderful people. I just want to know more about me.”

The disclaimer seems necessary because historically, the adoption narrative has been crafted largely by adoptive parents. We are the ones who benefited from adoption, and our feelings are the ones our sons and daughters sometimes feel the need to protect.

Often at the expense of their own.

Are Adoptive Parents that Fragile?

It’s a question adoptive parents should sit with. Can we look beyond the narrative of “forever family” — which can mean only ONE set of legitimized parents?

Can we move instead toward a more adoptee-centric narrative? “I crave my history. Even the early chapters that don’t include you. Because it’s the Story of Me.”

Reshma explains in the film that for a long while she thought her life began at the PDX airport. Why? Because that’s where the story began for her parents. Her parents were telling the story from their viewpoint (as do parents by biology); nothing wrong with that.

Because she showed up at PDX at three months of age, and because she also existed and was nurtured in someone’s womb prior to that, Reshma was missing the early chapters of her story. She knew they were there, and she wanted her full story. She set out to get as much of it as possible, and she allowed a film crew to document it.

Can adoptive parents hear that? Integrate that? Accept that? Journey on alongside our sons and daughters with a sense of security rather than fragility?

I feel we must. We must allow for the prevailing adoption narrative to evolve from “happily ever after” to “it’s complex.”

I caught an early Brady Bunch episode that same Saturday while channel-surfing for something not sports. Those who remember the iconic series know that such sitcoms were designed to entertain, not to mirror real life. Widowed dad of three marries a divorced mom of three and they live happily ever after in 30 minute increments (even with 6 in a bathroom!).

But with adoption, people are more likely to buy into the happily-ever-after plot line and less likely to consider that in reality there would be complexities stemming from loss.

Within the realm of adoption, though, recently we have begun to see more realistic stories that do not gloss over the hard parts and do delve into the deeper issues. To wit, the film Lion and the NBC series This is Us, both of which are attuned to the adoptee point-of-view. (This is Us consults with a transracial adoptee to make sure to get it right).

Calcutta Is My Mother joins this collection of getting into the nitty-gritty.

What I Hear When I Listen

When I hear adoptees make their disclaimers, when I am invited to understand their journey to find their complete story, what I hear Reshma McClintock and others say is this:

“Don’t ask me to choose between my love for you and my need to know myself.”

In their narrative, adoptees get to have both.

As it should be.

Check out the trailer and more thoughts on Calcutta Is My Mother in my article on MileHighMamas.com.

5 thoughts on “Calcutta is My Mother”