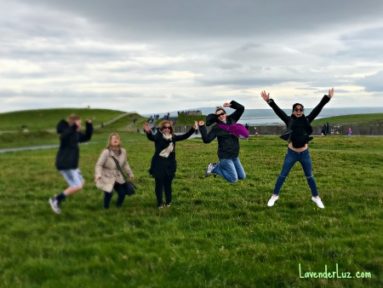 Earlier this month, Roger and I boarded a flight with our two teenagers for a family trip to Ireland. Once in Dublin we met up with my husband’s father and sister. We were three generations ranging in age from 14 to 81 (at any point in time, you can bet that someone had to stop for something). 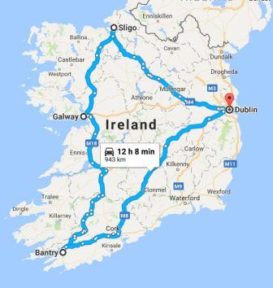 Through AirBnB we started out in a gorgeous penthouse apartment in Dublin 8, right near the Guinness storehouse. We toured Dublin Castle, the General Post Office (destroyed after being used as a base of the Easter Uprising in 1916), and Kilmainham Jail (Gaol), where the Irish Nationalists of the Uprising were executed the following month.

Next we traveled NW to the county where my father-in-law’s people are from: Sligo. Again, we hit the AirBnB jackpot with a Pat and Janet, lovely people who opened to us their home in a field across from Yeat’s grave and an 11th century round tower.

After driving near the adoption-infamous Tuam,  we traveled to Galway to meet up with family friends who toured with us the rest of the trip. Here we ate and drank (not too much!) and walked the city and listened to live traditional music.

I didn’t know that craft gin  is as big in Ireland as craft beer is in Colorado. Craft gin — and craft tonic — were offered by localities everywhere we went. I am forever ruined for grocery store tonic.

We bypassed Limerick (which made me think of the Limerick Chick contest I used to run) on our way to Bantry in County Cork. On the way, we stopped at the breathtaking Cliffs of Moher , known to Princess Bride fans as the “Cliffs of Insanity.”

At our final stop, Bantry, we enjoyed amazing hospitality of family friends. One of our perks was a ferry ride to nearby Whiddy Island.

Then back to Dublin for our trip home. It was a grueling 28 hours in transit to Denver, thanks heat wave that cancelled flights, and while it was good to be in Ireland, it was also good to be home.

Which is the mark of a good trip, no?

If you are a true hibernophile and haven’t gotten enough here, I’ll be posting more pix on Instagram. Feel free to follow along.

Wishing you well wherever your summer takes you.