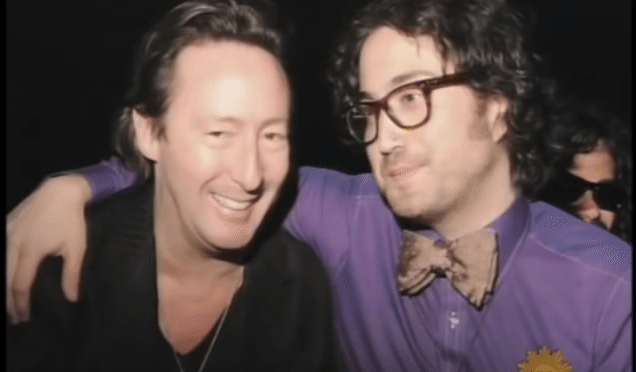 One might think that Julian Lennon would have a heart filled with envy for his half-brother. Sean got the full-time dad, the intact family, paternal love and attention — so many vital relationship elements denied Julian while his father lived.

As with the biblical Esau vs Jacob and Joseph vs his 11 brothers, Julian had reason to see Sean as competition — or worse, the WINNER in the competition, through no fault or merit on either son’s part. After all, John Lennon left Julian and his mother behind, favoring Sean and showering his fatherly love on his younger son.

But somehow, Julian Lennon skipped emotions of murderous envy and stayed steadily on love and conciliation.

Not only that, but in later years, Julian had to resort to buying back his father’s memorabilia (including postcards from John to Julian) which had been auctioned by Yoko Ono.

Later in the same CBS interview, Julian explains why he chooses to not be angry with Yoko Ono in spite of past difficulties over his father’s estate. The heartset he embraces gives more emphasis to loving than to resenting, to union over division, and it puts the loved one at the center.

That’s inspiring for adoptive families who are often called on to do the same.

Same interview, advanced to just before the 9 minute mark.

“If I hurt Sean’s mother, then I hurt Sean…Because I love Sean so much, I’ve gotten over it.”

Such emotional intelligence. Such discernment about what Julian Lennon chooses to harbor in his heart. Such prioritization of love over hurt. May all who are living in adoption also choose to love whole-heartedly.