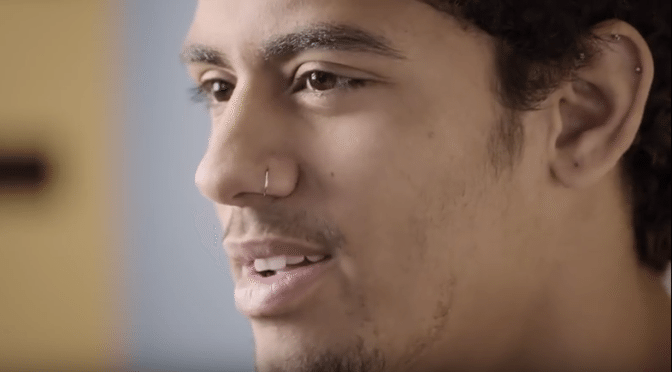 As part of its #AllTogetherNow campaign, Kohl’s features 19 year-old Raymond and his reunion with his birth mom after 17 years apart. Raymond finds he has a sister, born exactly 10 years after he was.

Pick a side, Raymond.

Within weeks after the video was released on YouTube, there were 148 comments and counting [the video and its comments have since been taken down]. A common theme among many of them originates in the Either/Or mindset of the closed adoption era. Either she is your real mom or the other woman is. Which part of yourself will you embrace, Raymond, and which part will you deny?

I understand why some of the commenters would be hurt, insulted that the adoptive parents were mentioned only once in the 3 minute video. I might have felt that way at the beginning of my journey, too. If all you know is closedness, if that’s what you grow up thinking was “the” way, you may be limited in understanding the effect of closedness on the adoptee.

Such comments reveal perhaps one of the most devastating vestiges of the closed adoption era:  the Either/Or notion that demands an adopted person to deny either his biology or his biography. Unlike the non-adopted, an adoptee is not permitted to have both. One or the other, please. We command this of you.

Openness in adoption, however, is expansive. There’s a bigness to it. It enables and encourages the adopted person to embrace both sets of parents — those of biology and those of biography. Openness allows that love multiples rather than divides — and with openness, the adoptee can claim all.

Raymond, I and many others, can see that your heart is so big as to encompass all who contribute to you becoming who you are.

I find the video heartwarming, as presumably Kohl’s hoped viewers would. Who doesn’t like a good lost-and-found story, a reconnection of that which was once believed lost? These commenters do: