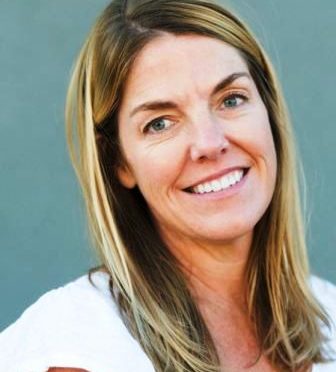 Lesli Johnson, author of the helpful and repeatedly viral post, 10 Things Adoptess WantYou to Know, is flipping the script today. Adopted people are taking over the microphone in this space during November for National Adoption Awareness Month. 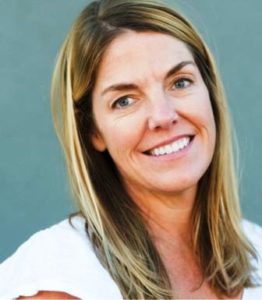 During a recent presentation at an adoption conference, I had attendees participate in a quick exercise.  I asked them to walk around the room and find the person they thought they most closely looked like.  The room instantly filled with nervous laughter as the participants met each others’ gaze, searching for facial similarities.  After a few minutes I had them take their seats and we talked about what that experience was like.

I explained that this is what adoptees often do. They walk through the world, searching for their lost “twin” or someone they resemble.  Like the little bird in the popular children’s book, adoptees look at others and wonder: Are you my mother?

As an adopted child grows older he wants to know if he resembles someone. This is especially true during the adolescent years when the quest for identity emerges. “Who am I?”

Individuals who were not adopted are able to see themselves in the features and mannerisms of biological parents and family. This is more difficult for an adoptee. He looks around a packed stadium wondering if a biological connection is among those cheering on the football team or if a sibling might be sitting next to him in geometry class.  One teen client explains, “I spend a lot of time scanning crowds, wherever I am, imagining a brother or sister. I make up stories in my head about what it will be like when we finally meet.”

The author Betty Jean Lifton, an adoptee and trailblazer in the field of adoption calls this living in the “Ghost Kingdom.”  It’s the place where adoptees can go and hang out with their birth relatives and imagine life if they hadn’t been adopted.  One of my young clients, “Ben,” was adopted at birth. At 8, he was struggling with separation anxiety and sleep problems when his parents contacted me.

Ben’s parents doubted his issues had anything to do with adoption. “He never talks about it. He’s fine with it,” said Ben’s dad.

Soon after we began working together it became clear that adoption was on Ben’s mind often. “Well, I think about her when I wake up in the morning,” he said, referring to his first mother.  “I wonder what she looks like and if she would even recognize me. I feel sad that she might not.” I asked Ben how often he thought about this and he answered, “Every day, more than just in the morning. Maybe about 5 or 6 times.”

Ben’s anxiety was linked to the worry that his birth mother might not recognize him and also the fantasy that he might be seeing her each day and not recognizing her.

Years ago, I worked with “Kate,” a 12-year-old girl, who like Ben, was adopted at birth.  Kate’s parents described her as “angry, oppositional, and living in her own world.”  They explained to me that they had met her birth mom and knew she did have biological siblings but they hadn’t shared that information with Kate. They were waiting for the right time.  They explained how they answered Kate’s questions related to adoption when asked but added they never initiated conversations.  “She’s just not that interested,” they said.

I quickly learned Kate was very interested in who she was, who she looked like and where she came from. She was indeed living in her own world —  she was living in the Ghost Kingdom! Kate explained she likely shared her hair and eye color with her birth mom. “She must like to dance because I do,” Kate said. She planned to live with her birth mom for a year when she turned 18. Kate “knew” she had brothers and sisters and suspected she saw a sister recently at a farmer’s market in her town. “She looked exactly like me and we had on the same jeans!” she exclaimed. Kate had much to tell and I suspected she was angry because no one else seemed interested in her internal world.

Kids Kate’s age may not start talking about adoption but they would like their parents to be curious and begin the conversations.

Professionally, my work with the adoption and foster care community has shown me most adoptees spend a lot of time thinking about adoption, reunion and genetic relatives – far more time than their adoptive parents might think. Personally, I knew this all along!

I first “met” my birth mother in elementary school. “Mrs. Jensen” was a classmate’s mom who volunteered during the lunch hour a few times a week. Her platinum blonde hair, frosted lips and mini-dress completed her Charlie’s Angels look. My 8 year-old self was convinced that we shared the same hair color and same eyes: we must be related. I imagined how surprised Mrs. Jensen would be when she discovered that her child, me, was eating a peanut butter and jelly sandwich right next to her!

Adoptive parents can rest assured that this “searching” and wondering is completely normal. While it doesn’t mean their child is unhappy or longing to be somewhere else, the amount of time spent fantasizing may interfere with day-to day activities and concentration. It may be the root of anxiety and sadness. Part of knowing who you are is knowing where you came from. This isn’t a “given” for many adoptees whose ancestry is a mystery to them. Living in the Ghost Kingdom can be distracting for a child who is trying to study for a math test.

What Parents Can Do

Parents are their child’s best advocates and there are many ways parents can help their child integrate their biology with their biography.  Parents can obtain as much information as possible about their child’s history before they came to be a family, including information about both birth families. This makes it easier to answer questions and provide valuable information to their children. Parents can lead conversations and bring up the topic of adoption often. In doing so, the child gets the clear message that mom and dad are okay talking about everything related to adoption.

Once Ben’s parents began talking about his birth mom “Cindy” and allowing him to verbalize his worries, his anxiety began to dissipate. Ben’s parents also created a Lifebook for Ben.  Lifebooks include pictures of birth relatives, and other visuals incorporating pre-birth and birth history.  As the child gets older, he can become his own historian, adding information to the Lifebook.

Parents may also consider open adoption, a choice that is becoming increasingly popular. Lori Holden’s book explains how adoption creates an unnatural split between a child’s biology and biography., and openness in adoption allows that split to be healed.

Although they first thought she was too young, Kate’s parents agreed that maybe connecting with her biological siblings would be helpful. In our subsequent meetings they began to share pictures of Kate’s birth mom and also told her she did indeed have siblings. Over time and with much guidance, we worked together and decided the circumstances were appropriate for Kate’s parents to contact her birth mother to set up a meeting. This was healing for Kate and the families continue to have a relationship.

Support groups are a way for parents to connect with others in the adoption community. I co-facilitate a monthly group for all adult members of the adoption and foster care communities, that is: adult adoptees, adoptive parents, foster parents and birth parents. It’s a powerful experience for everyone to hear the varying perspectives.  There are numerous books and online resources relating to all aspects of adoption.

Finally parents may wish to contact a professional to help them. In seeking a therapist, it is wise to find one who has special expertise in working with the adoption population.

Lesli Johnson, an adult adoptee, works as a licensed Marriage and Family Therapist in Los Angeles, specializing in adoption and related issues. Her clients include all members of the adoption and foster care community: adoptees, adoptive parents, waiting parents, birth/first parents, foster parents and families.
In addition to her private practice, Lesli provides Adoptive Parent Coaching both in office and virtually to adoptive parents worldwide. (feel free to schedule your appointment). She facilitates adoption support groups and conducts workshops in schools, universities and mental health settings to help professionals better understand adoption issues. Lesli is an invited speaker at adoption related conferences and events throughout the US.  Find Lesli at MindfulAdoption.com..

15 thoughts on “#flipthescript 8: Adoptees Are In Reunion Whether They’re Searching or Not”