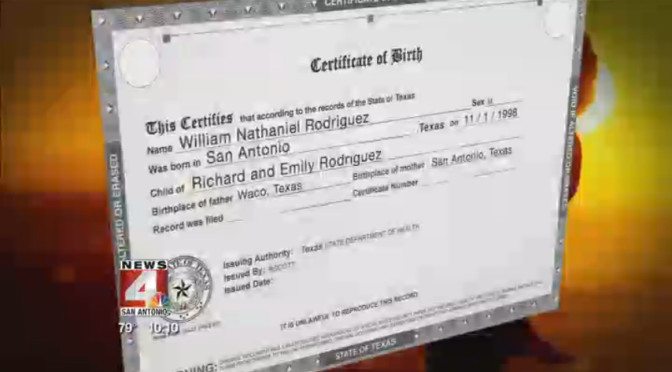 While I do understand having fears, Dr Campbell, I also think we should periodically re-examine and let go of fears that don’t withstand ongoing scrutiny. Let’s take a look at one of the fears that motivated your stance on Texas House Bill 984. Your office said that you’re “concerned with the broad language of the bill, and felt it violated the privacy of those involved in the adoption.”

When you say privacy I wonder if you are confusing it with secrecy,  which takes simple privacy and wraps it in toxic fear and shame. Privacy is chosen, secrecy is often imposed.

Secrecy exists because shame exists. With openness, by unsealing records and providing equal access for all, we can dissolve the shame and  vanquish the need for secrecy. Regarding the privacy issue, accurate birth records should be kept private from the public but not secret from the parties directly involved.

As you may already realize, the Internet and advances in DNA testing have enabled birth mothers and birth fathers and their now-adult children to find each others’ identities by skirting laws that were constructed in that era of shame and secrecy. Psychotherapist Karen Caffrey, who is an adult adoptee with birth family from Texas, says, “Family genetic secrets are very soon going to be a thing of the past.”

So why not change the laws to keep up with the times?

By the sheer numbers of people — adopted or not — who are searching for their biological kin, we can conclude that there is an innate human need to know one’s origins, no matter the story behind it. How else to explain the popularity of Roots, of Who Do You Think You Are, or of  Ancestry.com, which facilitates folks in enjoying the second-most popular hobby in the country?

I wonder, Senator Campbell, if one of your fears comes from an Either/Or mindset that stems from the way we’ve done adoption during our lifetimes, in which for you to fully claim your daughter, you must negate on some level the existence of her other set of parents. But we don’t have to split our children in this way. We can instead embrace a BothAnd heartset in which all are acknowledged and valued, no matter if there is contact or not, no matter if you know the identity of your daughter’s birth father or not.

I hear during your questioning at the hearing of a similar bill in 2013 that you may be fearful that the child might want to “go back for financial reasons.” Quite frankly, I do not understand this. You pressed witnesses quite hard to name a valid impetus for the bill. Might I press you to say what makes you think an adult adoptee would  have money as a prime motivator for searching for her biological roots? In all my years of learning about the many facets of adoption, I have not heard one story or seen any statistics on this being the case.

When STAR (Support Texas Adoptee Rights) and its legislative allies manage to bring this issue to the table again during the 2017 legislative session, please consider the 180-degree turnaround that happened 21 years ago to a citizen activist in Ohio.

An Adoptive Dad Sees the Light

Adoptive father Brad Norris had worked with the legislature to seal Ohio’s birth records in the 1960s. He later said:

“I did not want any and all members of the general public to have access to my children’s birth records . . . We must be honest in recognizing that the 1964 law was created mostly out of concerns felt by adoptive parents.” [source]

Three decades later in the 1990s, Brad Norris testified in support of a bill to equalize access to birth records for adult adoptees. In his testimony, Mr Norris, adoptive dad to Betsie Norris, Executive Director of Adoption Network Cleveland, explained his change of heart and his chagrin at the wall he’d helped erect.

“In doing what I did on this 1960s legislation, I was unable to see the impact this would have on my adopted children when they became adults . . . I now recognize that closing those birth records to adoptees … was a grave mistake . . . there was not sufficient attention given to what happens when the adoptive child grows up and needs to know his or her genetic medical history or when the adult adoptee develops an undeniable yearning to know what his or her roots are.” [source]

For your own sake, Dr Campbell, please open your mind and your heart to this issue that you have previously been closed tight on. You don’t want to be seen as the last one propping up an oppressive wall, do you?

Three things cannot be hidden:
the sun, the moon, and the truth. ~~ Buddha