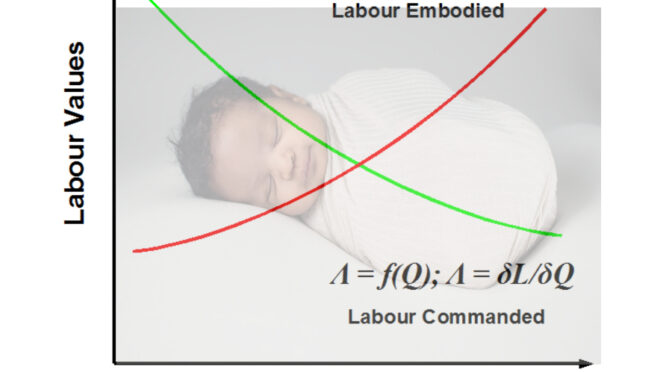 A few weeks ago, the “world’s most-used adoption site,” the “largest online adoption community,” the “most-read publisher of adoption articles, videos and other content” published an article titled The Baby Bust: Why Are There No Infants to Adopt?

A few days ago, the article became a topic of discussion in two of my cross-triad adoption groups.

Homes for Babies? Or Babies for Homes?

The article probably meant to explain the current baby bust and advise potential adoptive parents what to do about it. If adoption is about finding babies for homes, then perhaps the article met its mark.

But among those who believe adoption should be about finding homes for babies, the article incited quite a furor. The article has been taken down, but here are some passages to illustrate why it was so inflammatory.

The author, herself an adoption attorney, outlined the market forces that make it very difficult for prospective adoptive parents to find a baby.

From time to time, consumers find certain items in short supply. For example, at the beginning of the pandemic, cleaning supplies and toilet paper were hard-to-find products. In recent years, prospective adoptive parents have realized that infants to adopt are available in increasingly limited quantities.

Readers were incensed at the comparison of toilet paper and humans. Why did the author do that? I suspect it was not to put babies on par with the lowest of paper goods, but rather to elicit the feelings of desperation we all had for toilet paper a year ago, and how we had to wait for supply to catch up with demand.

In economic terms, demand for infants to be adopted far outstrips supply.

The author accurately states that adoption is subject to economic forces of supply and demand. Should that be so is a different issue, but that it’s so cannot be argued.

Babies for Homes: Why is Supply is Down?

Why is there a dwindling supply of babies? The author cites a decline in the teen pregnancy rate, as well as the pandemic’s effect on birth rates.

[N]ightclubs, bars, and restaurants were closed, and large social gatherings were banned. Those venues are common places where meetings occur which lead to casual encounters resulting in unplanned pregnancies…The pandemic walloped the hopes and dreams of hopeful adoptive parents. *

* Adoptee from the BSE said, tongue-in-cheek, “I guess we should have kept bars open in the US last year so women can hook up and experience an unplanned pregnancy. “

With this, we start to see that the way we practice adoption maybe isn’t about the baby as much as we’d like to think.

Things get sticky (or is that icky?) when you start to think about supply and demand in adoption.

So what is a prospective adoptive parent to do? The author — remember, she works in the industry — has an answer: Spend more money. Don’t just rely on the agency that is doing your homestudy. Pay others, too.

[S]uccess is more likely to occur if hopeful adoptive parents utilize the services of more than one adoption resource to locate a baby. If the prospective adoptive parents are going to play the lottery or enter a raffle drawing, they would typically buy more than one ticket to increase their odds of winning.

And also, get ready to beat the bushes.

Think how hard Olympic athletes work to get to that worldwide event and to win a medal…Prospective adoptive parents must take an active role in finding a child and making their dreams come true. But what are they to do? Beat the bushes to find a pregnant woman? Well, yes and no.

I get that prospective adoptive parents want to know how to finally fill their arms. I remember how gut-wrenching it was to face the possibility of being denied parenthood. But no matter how big the want or how deep the ache, no one seeking to adopt is entitled to a baby.

The author asks the question: “Why can’t prospective adoptive parents simply let the adoption professionals with whom they work find a mother for them?”

Because more and more birth mothers [sic] are identifying an adoptive home on their own before contact is made with an adoption professional.

This seemingly small idea has enormous impact, and I’m working on a whole other post to flesh out this point, but if you’re interested now, you can read this Time magazine article. It covers what can happen when vulnerable women go to the Internet to solve a problem and are met by predators who have a lot (a LOT) of money to ensure they come up at the top of an Internet search.

(Ask yourself where do the people behind these websites get all that money. The predatory practices are directed not just at potential birth parents, but also at potential adoptive parents. Desperation makes for easy prey.)

The author winds down with caution about expecting a perfect experience.

If everything was perfect, why would the birth mother [sic] be placing her child? Negative factors abound in adoptive placement situations. Perhaps the birth mother is smoking while pregnant. Maybe she consumed alcohol before realizing she was pregnant. The birth father could be uncertain because she had multiple sexual partners…Holding out for the “perfect” situation may leave a prospective adoptive holding nothing—specifically, no baby.

What the Author Got Right

We can read these passages with revulsion and say infant adoption is shouldn’t be approached like a commodities market!

But step back from the Should. You might come to the conclusion that infant adoption IS treated like a commodities market, as loathsome as that may sound.

Dr Joyce Maguire Pavao, a therapist and adoptee, has said:

Which, we likely agree, is how adoption should be. But we would probably also agree that we have not lived up to this ideal.

The article forces us to see the stark difference between how we wish adoption would be practiced and how it actually is practiced.

What the Author Got Wrong

Even though the author wasn’t wrong to state what is already the reality of domestic infant adoption, the impact of her post on adoptees (likened to consumer goods), birth moms (imperfect in so many ways), and the guidance received by adoptive parents (just throw $ at the problem) is hurtful and perpetuates the commodification.

Kelsey Vander Vliet Ranyard (birth mom) wrote about this same article on Instagram. “When you engage in illegal, and/or unethical practices, don’t expect adoption to stick around as a realistic option for women [in an unintended pregnancy]. Oppose regulations and desire a ‘free market’ for adoption? Expect abuses to occur.”

It’s worth clicking over to see Kelsey’s full post, which includes her thoughts on assuring that adoption remains a safe option for moms and babies.

Sandy Blais (adoptee) crystallized the issue when she said in a group:

None of this is how adoption should be practiced. But it will not change because it is a marketplace instead of a child welfare endeavor.

What to Do with the Ugly Truth?

Let’s put away the pitchforks. Sure, the author was derogatory and clumsy in her article, but perhaps her biggest sin was that she revealed a truth that once seen can’t be unseen.

So I ask you this:

What would it take to shift from finding babies for homes to finding homes for babies? If you agree that infant adoption has lost its way as a child welfare endeavor, what are your ideas to de-commodify it?

9 thoughts on “Ditch the Pitchforks. The Problem is She Revealed the Truth.”