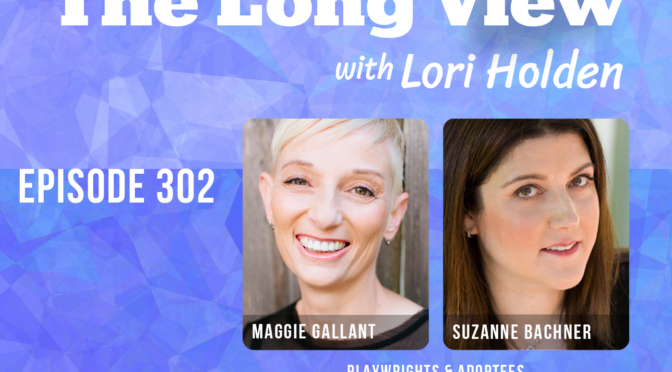 We talk often in this space about attunement in adoptive parenting, which is the multi-step process of intuiting in the moment what your child needs from you. Adoptive parents are better equipped to attune well when they are able to come at things from an adoptee’s perspective, through attempting to understand this key question: what does it feel like to be adopted?

That’s Step 1 for attuning — to understand as best you can the point of view of an adoptee. You won’t get this from listening to one adoptee’s story, or two, or ten, but to many.

As you DO listen to adoptees and their experiences of being adopted, you will begin to spot commonalities and patterns, and experience a-ha moments that can help you hone your ability to feel with your child, which is Step Two.

Doing so prepares you for Step Three: to respond in a connected way in those crucial moments where connection is called for but may not come easily.

It’s no wonder, then, that I am excited to share this episode of Adoption: The Long View. Episode 302 features the highly accomplished and acclaimed Maggie Gallant and Suzanne Bachner, two playwrights who help audiences better attune to the experience of being adopted.

The plays of Maggie Gallant and Suzanne Bachner (some of which can be attended virtually) are gifts to adoptive parents. Why? Because absorbing experiences through theater is one way to feel alongside a character — in this case adoptees in starring roles.

When we cross the threshold into your home, our birth parent crosses with us, whether they are physically with us or not. And you have to honor that. You can’t shut the door. You have to leave that space and allow them to exist there.

If you can do that from the start and with openness and honesty and invite conversation, then you set yourself up for this potentially wonderful and healthy and fulfilling relationship.

— Maggie Gallant,
adoptee and playwright of Betwixt & Between
in Ep 302 of Adoption: The Long View —

Both Maggie and Suzanne were placed for adoption during what is called the Baby Scoop Era, a time in which things were secret and shameful and closed. You may think this seems far removed from today’s adoption landscape.

But I caution you not to discount their experiences as irrelevant to your child’s in the present day. Even though we have been moving away from shame and secrecy and towards truth and openness, there are many facets of the adoptee experience that are common, no matter the era.

To this day, if I get into a squabble with one of my parents — who are the sweetest, most understanding and loving incredible parents — there’s a little thing in the back of my head that’s just like, “I’m going to be returned. If this outcome of this fight doesn’t work, I could be returned to the Baby Store.”
…..

How Does it Feel to Be Adopted?

Listen in and you’ll hear:

British-born playwright and performer Maggie Gallant writes for the stage on issues of identity, belonging, and family dynamics. She created the critically acclaimed solo play Hot Dogs at the Eiffel Tower, which chronicles her life-long search for her French Papa. Gallant’s most recent play, Betwixt & Between, explores the complexities of the adoption Ghost Kingdom, an imaginary place where adopted people can live out the what-ifs of who and what they might have been.

Suzanne Bachner is an award-winning playwright and director, and an adoptee and adoptee rights advocate. Her acclaimed play, The Good Adoptee, has toured to the London International Fringe Festival and all over the US, including a 7-week 9-city Connecticut tour to support the vital and now successful legislative efforts of Access Connecticut and to the 400-seat SJCC in Seattle. Other adoption-themed plays include Alexandra Triptych, Alice Through the Looking Glass, Twin Studies, We Call Her Benny and Brilliant Mistake. Suzanne is the Artistic Director of JMTC Theatre which partners with nonprofits to combine Art & Advocacy to raise both funds and awareness.

Other resources mentioned in Episode 302

2 thoughts on “How Does It Feel to Be Adopted? Two Playwrights Set the Stage for Adoptive Parents”