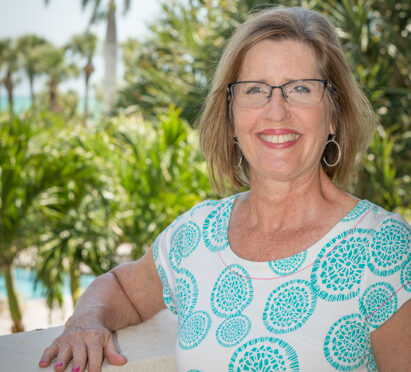 To launch the probe into her closed adoption, Julie McGue first needed the support of her twin sister. They made a pact: Julie would approach their adoptive parents for the adoption paperwork and investigate search options, and the sisters would split the costs involved to locatie their birth relatives. But their adoptive parents weren’t happy that their daughters want to search for their birth parents — and that was only the first of many obstacles Julie would come up against as she dug into her background.

Below is an excerpt from Julie McGue’s newly release memoir, Twice a Daughter: A Search for Identity, Family, and Belonging, which tells the story of her 5-year search for her origins.

Lisa gives me a warm hug, and I introduce her to Jenny. “This is my twin sister.”

Jenny laughs and glances over at me. “About a month ago, we learned through DNA testing that we’re identical.” This isn’t a setup. Jenny and I hadn’t planned on bringing this up today.

Tagging on to my sister’s comment, I’m conscious of keeping my voice free of accusation. “When we were adopted, Catholic Charities told my parents that we were fraternal twins. Perhaps you can shed light on how this mistake might have happened?”

A slight frown erases Lisa’s smile. “Before coming over here to meet you, I studied your file. Your birth mother did not deliver you here at St. Vincent’s but at a maternity hospital. Whatever information was sent over from the hospital is what would have been captured in the
records. I’m sorry for the error, but I’m happy you found out the truth.” So there it is, an apology, leaving me with no one to blame.

Lisa’s perfectly arched eyebrows frame her blue-green eyes. Her smile reappears. “Since you’ve already viewed the old photographs down the hall, I’ll show you a few other areas, and then we can finish in the chapel.”

We follow Lisa to the old elevator. As she walks, the social worker gathers her long brown hair into one fist and then drops it behind her shoulders. I remember this habit of hers from the post-adoption support group meeting last month.

The format of the meeting was simple. After signing in, we went around the U-shaped conference table and stated our name, disclosed whether we were an adoptee, birth parent, or adoptive parent, and then we shared where we were in the search and reunion process. If we brought someone with us, we introduced them.

For the icebreaker piece, Lisa asked that we offer a response to this question: “If you could say one thing to the family member you seek, what would that be?”

Ethnically and racially diverse, the group members ran the spectrum in age from thirtysomethings to seventy-year-olds. With the exception of two birth mothers, the rest were adult adoptees, and all but three were women. The common thread: Catholic Charities had facilitated everyone’s adoption. I was grateful that my brother Howie and I had chosen seats at one end of the horseshoe. Since this was my first meeting, it settled my nerves to hear the group’s answers before taking my turn.

More than half of us were waiting to hear back from a birth parent or birth daughter/son. From my recent experience of waiting weeks for my birth mom to answer Linda’s outreach, I knew how excruciating passing the time can be. A woman, I guessed her to be in her late thirties, had been anticipating a response from her birth mother for over a year. When she broke down in sobs during her introduction, the Kleenex box at the center of the table shot over to her like a hockey puck.

Two older adoptees, both males, had yet to decide to send their first outreach letter. Howie fell in this category. For them, taking in the experiences of the group and deliberating over the pros and cons of search and reunion kept bringing them to the meetings. I understood their reluctance. Only twice in my 51 years had I seriously considered looking into my own adoption. If it hadn’t been for the breast biopsy pushing me down this path, I might not have learned of the confidential intermediary program or Catholic Charities’ Post Adoption Services.

One of the birth mothers and a female adoptee shared their reunion stories. Both glowed like someone who’d recently fallen in love. They passed around photos of themselves beaming, wrapped in tight embraces with their newfound relatives. To the group’s credit, each of us ogled at how much the searchers resembled their child or parent, and each attendee professed such joy and support for the searcher that I wondered why I’d delayed in joining such a compassionate crowd. Given the recent dismissal by my birth mom, I doubted I’d be sharing photos of my twin and me flanking our birth mother anytime soon. Nor could I envision Jenny and me sandwiched between both of our mothers—that thought almost made me laugh out loud.

When it was my turn to talk, I clasped my sweaty hands tightly in my lap. “I’m Julie. This is my first meeting. I’m an adoptee.” I tried to make eye contact with the people across the table. “I also happen to be a twin. Thanks to Catholic Charities’ policy of keeping twins together, my sister and I were adopted into the same family.” I smiled at Lisa, our moderator, and then I looked down at the tabletop. “Due to health concerns, I began the search for my birth mother last year.” I felt my brother’s reassuring hand on my shoulder. “Last month, I learned that she didn’t want to connect with us. I’m hoping she’ll change her mind someday.” When I glanced up, I caught the Kleenex box just in time.

Plucking a tissue, I introduced Howie. “He was adopted through Catholic Charities too and is considering a search for his birth relatives.”

Lisa jumped in. “And Julie, how would you answer the icebreaker question?”

The tissue balled up in my palm. I’d thought hard about this when the others spoke. The angry-rejected-adoptee-me, the one I’d been working hard at controlling these days, wanted to ask my birth mom: how could she look herself in the mirror every day–she who gave up not one, but two daughters, and rejected both of them? Twice.

The person-that-was-me-before-this-adoption-search, the one I was desperately trying to reclaim 24/7, chose a different response to offer the group. “I would ask her if she has thought of my sister and me throughout her life, and if she ever wondered what had happened to us.”

Born in Chicago, Julie McGue has served multiple terms on the Board of the Midwest Adoption Center and is an active member of the American Adoption Congress. Married for over 35 years, Julie and her husband are the parents of four adult children and grandparents of three grandsons. If she’s not at her computer, she’s on the tennis court or out exploring with her Nikon.